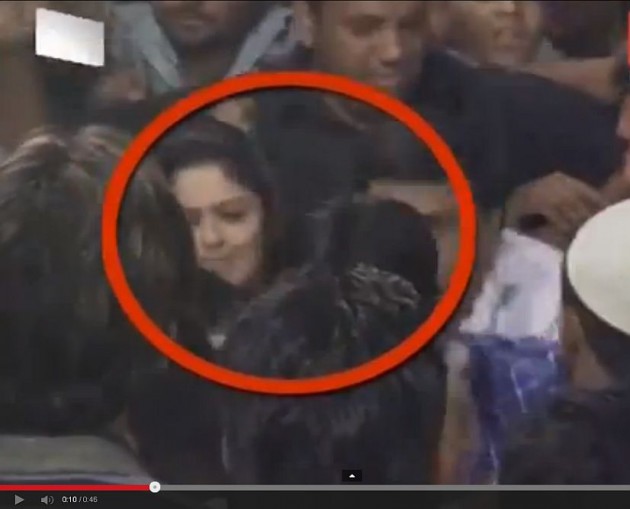 Congress candidate Nagma has recently been on the receiving end of groping and harassment during her election campaign rallies.

Nagma was today caught on camera slapping a man in the crowd who reportedly groped her at a public meeting in Meerut.

On Sunday, a Congress worker was seen grabbing her face at a public event, which was also captured on video. She is seen removing his hand and walking off without addressing the rally.

However, neither Nagma nor the party have addressed the issue in spite of the video being aired on various sites and channels.

After today's incident, she expressed disappointment and hinted that she might not visit Meerut if such incidents continue.