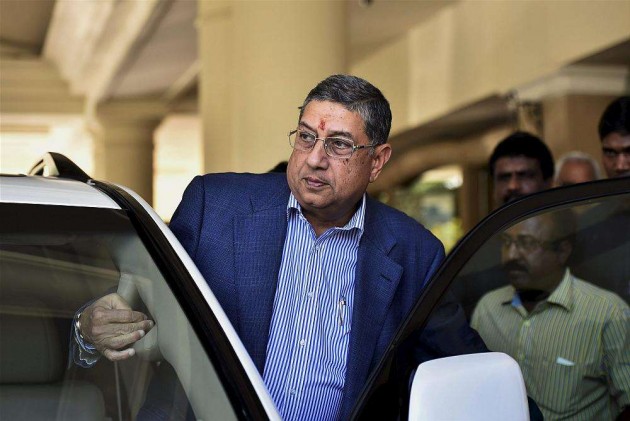 N Srinivasan was today dethroned as the ICC Chairman after the BCCI decided to recall him and nominate its recently-elected President Shashank Manohar as the chief of the world body.

The decision to remove Srinivasan was taken at the BCCI's 86th Annual General Meeting here, virtually signalling the end of his hold over Indian cricket.

The tenure of Srinivasan, who took over in June last year, was to end next year in the same month and the remainder of the term would be completed by Manohar as it is India's turn to hold the top position.

"The BCCI representative to the ICC would be Shashank Manohar, he will take over as ICC Chairman," Cricket Board secretary Anurag Thakur told reporters after the resolution favouring replacing Srinivasan with Manohar was passed at the AGM held at its headquarters here.

"There is a system in ICC that every country has to nominate an alternative director. So Mr Pawar would be nominated as the alternate director," Manohar, who was elected unopposed president of the BCCI for a second term on October 4, said.

The Tamil Nadu strongman will thus lose his grip over Indian cricket for good after having already been ousted as the BCCI President owing to the 2013 IPL spot-fixing scandal in which his son-in-law Gurunath Meiyappan was held guilty of betting charges.

Although Srinivasan was not personally indicted for the damaging scandal but the Supreme Court-appointed R M Lodha committee had chided him for not acting on the elements which corrupted the IPL.

With his sacking as ICC chairman, Srinivasan now only remain the president of Tamil Nadu Cricket Association. His company India Cements had owned the IPL franchise Chennai Super Kings, which was suspended for two years after its officials were held guilty of betting.