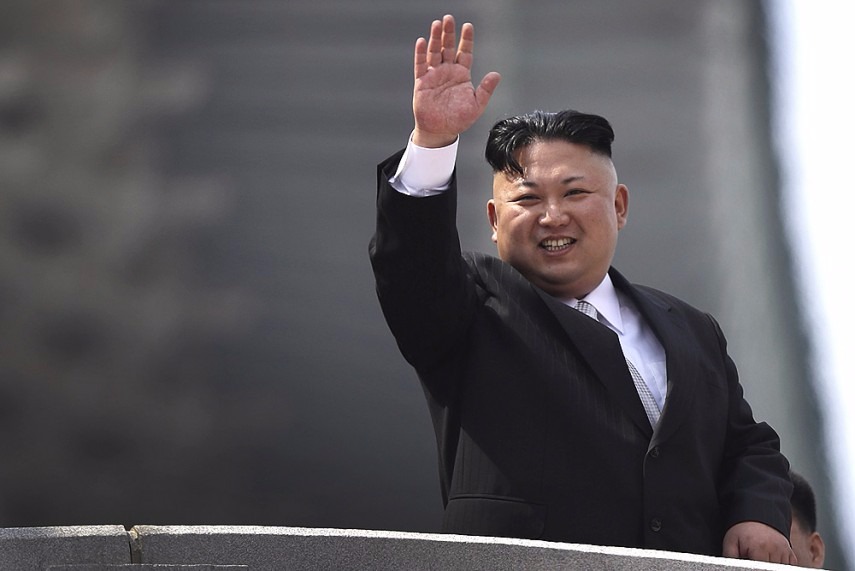 North Korea on Friday accused the CIA and Seoul's intelligence services of conspiring to assassinate the isolated country's leader Kim Jong-Un with a biochemical weapon, amid heightened tensions in the region.

In a statement the powerful ministry of state security, said it had foiled a "vicious plot" by a "hideous terrorists' group" to attack the North's "supreme leadership".

The accusations come with the US and North trading threats over the latter's nuclear and missile programmes, and as Washington considers whether to re-designate Pyongyang as a state sponsor of terrorism.

Both Malaysia and South Korea have blamed the North for the assassination, which retorts that the accusations are an attempt to smear it.

The security ministry statement, carried on the North's official Korea Central News Agency (KCNA), said the CIA and the South's intelligence had suborned, bribed and blackmailed a North Korean citizen named only as Kim to carry out the attack.

Possible locations included the mausoleum where Kim Jong-Un's father and grandfather -- the North's founder -- lie in state, or a military parade.

Such an operation would be extremely difficult to prepare and carry out successfully. The North's leader is surrounded by tight security at all times, and Pyongyang maintains a gigantic surveillance system over its own population that is ingrained at every level of society, where open dissent is unknown.

The CIA told its agent Kim it had access to radioactive and "nano poisonous" substances whose lethal results would appear only after six to 12 months, the statement said.

Kim -- described as "human scum" -- received payments totalling at least $740,000 and was given satellite transceivers and other materials and equipment, it said.

He had multiple contacts with South Korean intelligence personnel, and an accomplice who had a Chinese-sounding name, Xu Guanghai of the Qingdao Nazca Trade Co.

Checks on China's National Enterprise Credit Information system show that a company of that name was formed on March 7 this year, with a Xu Guanghai named as its legal representative, and business areas including "chemical products".

No details were given in the ministry statement of how the supposed plot was uncovered, or of Kim's fate. But in a potential sign of an internal purge, it said that the ministry will "ferret out and mercilessly destroy the terrorists".

The lurid accusations come with Pyongyang and Washington at loggerheads over the North's banned weapons programmes, which have seen it subjected to multiple sets of United Nations Security Council sanctions.

Pyongyang, which says it needs nuclear weapons to defend itself against invasion, has carried out a series of missile launches and threatened a sixth atomic test, while the administration of new US President Donald Trump has said that military action was an "option on the table" -- raising fears of a spiralling conflict.

The alleged plot was a "hideous crime" the security ministry said, and tantamount to "the declaration of a war".

The statement came hours after the US House of Representatives in Washington voted to broaden US sanctions against the North.

The measure, which now heads for the Senate, also gave the Trump administration 90 days to determine whether Pyongyang should be re-designated as a state sponsor of terrorism, after it was removed from the list in 2008.

The North Korean statement described the US as a state sponsor of terrorism itself, and an "empire of evil".

Analysts said the accusations could be a pre-emptive attempt to try to dissuade Washington from any attempt at a surgical strike on its leadership, as suggested by some commentators.

The North believes the US and South are seeking to assassinate Kim, said Professor Koh Yu-Hwan of Dongguk University.

It was "unimaginable that individuals can get close enough to Kim to harm him in light of supertight security there", he told AFP.

But the allegation was also "aimed at keeping its people on their toes and strengthening its grip on them", and intended "to distance itself from the assassination of Jong- Nam who was killed by a chemical weapon".

North Korean commandos infiltrated Seoul in January 1968 in a failed attempt to assassinate its then leader Park Chung-Hee.