'My Property Would Be Equally Divided Between Son And Daughter', Says Amitabh Bachchan 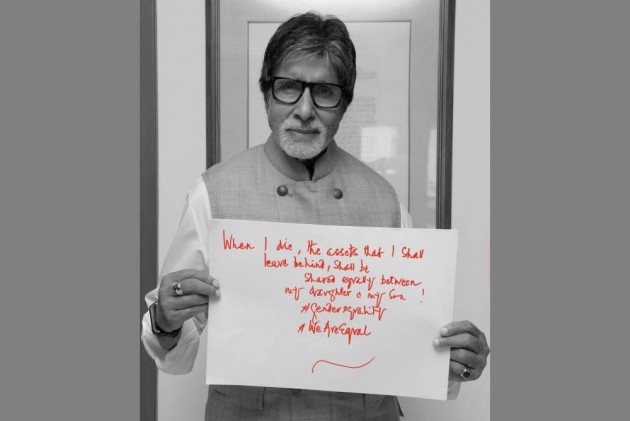 Print
A
A
A
increase text size
Outlook March 02, 2017 13:50 IST 'My Property Would Be Equally Divided Between Son And Daughter', Says Amitabh Bachchan

Megastar Amitabh Bachchan has come out in support of gender equality, saying his son Abhishek and daughter Shweta Nanda will have an equal share in his property.

The actor, 74, posted a picture on Twitter where he is seen holding a placard that read, "#WeAreEqual... And #genderequality... The picture says it all!!"


"When I die, my assets will be equally shared between my daughter and my son! #genderequality... #WeAreEqual."

Bachchan recently starred in Pink, a gritty courtroom drama about the prejudices that Indian women face in their daily lives.