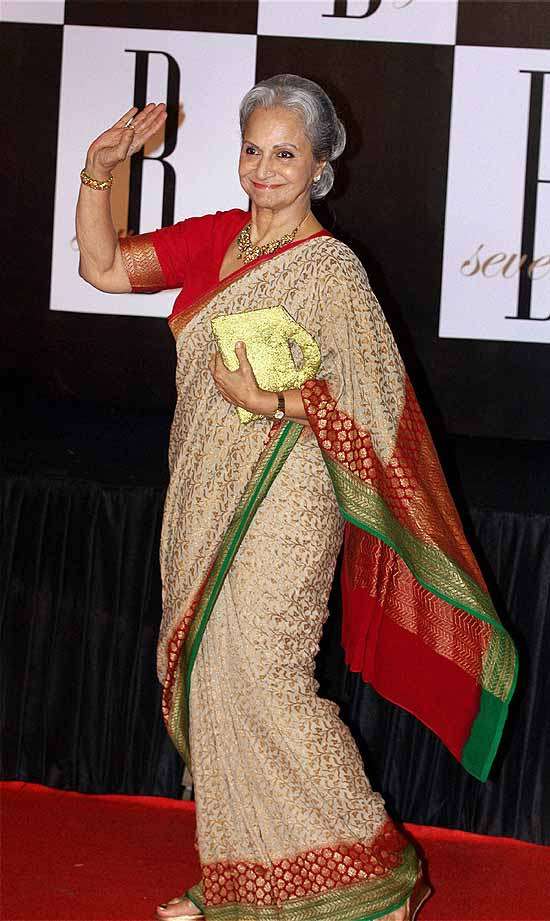 Veteran actress Waheeda Rehman, who has done a number of memorable films with Guru Dutt, today refused to talk about her reported relationship with the late film director.

"I don't want to get into it. My private life should remain private. It is nobody's business. I know we are public figures, so when I fight with my husband do you want to know about it?" Rehman said replying to a query about her reported relationship with Guru Dutt.

The actress was present at the launch of Conversations with Waheeda Rehman a book written by Nasreen Munni Kabir.

The author of the book came to Rehman's rescue saying, "we should respect the actor's personal life and not cross the line. She is loved by all of us (for her work) and not (relationship)."

Even in the book, Rehman has chosen not to talk about her private life.

Talking about Dutt's death, Rehman says "nobody knows. I don't think he was in depression after the failure of Kagaz Ke Phool as Chaudhvin Ka Chand did quite well."

Dutt was found dead in his apartment under mysterious circumstances in 1964.

Conversations With Waheeda Rehman includes insights into her childhood, her years with Guru Dutt, her experiences on other key films, filmmakers like Satyajit Ray and Vijay Anand.