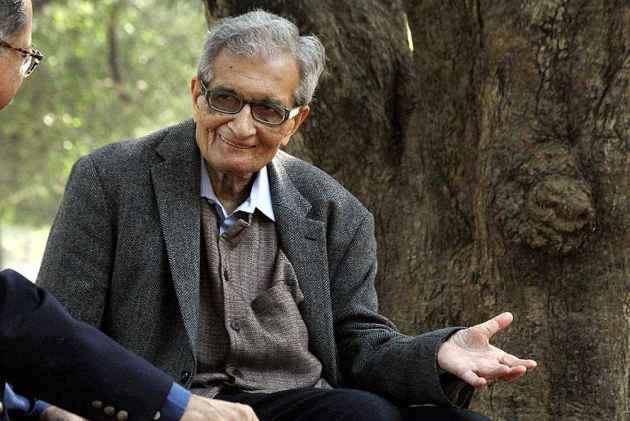 The Central Board of Film Certification (CBFC) has verbally communicated to a film maker to mute four words including 'cow' in his documentary on Amartya Sen, the director said.

"After sitting for three hours at the Censor Board office in Kolkata, during which my documentary was screened and the members scrutinised every single shot, I was verbally told last night to mute four words 'Gujarat', 'Cow', 'Hindutva view of India' and 'Hindu India' for getting U/A certificate," Gosh said.

"I expressed my inability to them," he said.

Taking out certain words from the discussion between Sen and the interviewer, economist Kaushik Basu, would remove the soul of the documentary, Ghosh said.

"I am waiting for their written communicaton and whether they will send the film to review committee in Mumbai. In any situation my response will be the same," He said.

"These days fillms get online certification. So I hope the issue gets resolved quickly. But no question of taking out some words," he added.

Contacted, a member of the CBFC here said, "Nothing to comment to the media on what the director said.

In the documentary, Sen speaks of social choice theory, development economics, philosophy and the rise of right wing nationalism across the world including India.

It has been made over a span of 15 years from 2002 and is structured as a conversation between Sen and his student economist Kaushik Basu.