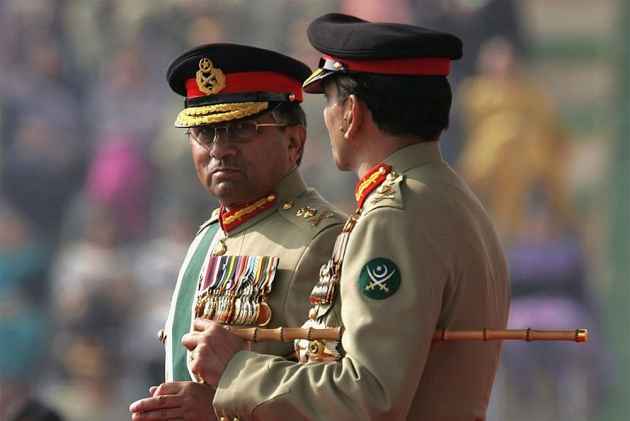 Asserting that Jhadav was involved in espionage and sabotage activities, Musharraf said that the former was a bigger criminal than Ajmal Kasab.

"Kasab was just a pawn but Jhadav was fueling terrorism and may have killed a number of people in sabotage activities," ARY News quoted Musharraf as saying.

Speaking about the International Court of Justice's (ICJ) temporary stay of the execution of Jadhav, Musharraf said that Pakistan should not have even appeared in the court as it is a matter of national security.

"None has the right to dictate us about our security," he said.

A day after the International Court of Justice (ICJ) stayed the death sentence awarded to former Indian Naval officer and alleged Indian spy Kulbhushan Jadhav by the Pakistan military court, Islamabad on Friday filed a plea in the Hague to rehear the case within six weeks.

Pakistan was set to re-challenge the jurisdiction of the International Court of Justice after it granted injunction on Thursday on an Indian plea to stay Jadhav's execution, Dunya News reported.

The Pakistan's Foreign Office said on Thursday that the ICJ has no jurisdiction over the county's national security matters, which in this instance was the execution of Jadhav.

Foreign Office Spokesman Nafees Zakaria said the decision to challenge the ICJ's jurisdiction was taken after consultation with all government institutions and agencies.

Zakaria said Pakistan's reply to the court was submitted in line with Article 36 of the Vienna Convention.

He pointed out that there exists a bilateral pact on consular access between Pakistan and India since 2008 and added that article 6 of the pact solely relates to consular access being determined on the merit of the case.

Zakaria said, "After India stood exposed on state-sponsored terrorism and financing terrorism, it tried to divert attention by presenting the Kulbushan Jadhav case with a humanitarian angle."

The ICJ, the primary judicial organ of the United Nations, stayed the death sentence awarded to former Indian Naval officer and alleged Indian spy Jadhav by the Pakistan military court, citing that both - India and Pakistan - were bound by the Vienna Convention and that the rights invoked by New Delhi under the Vienna Convention were plausible. (ANI)