Musharraf Blames US for Political Mess in Afghanistan 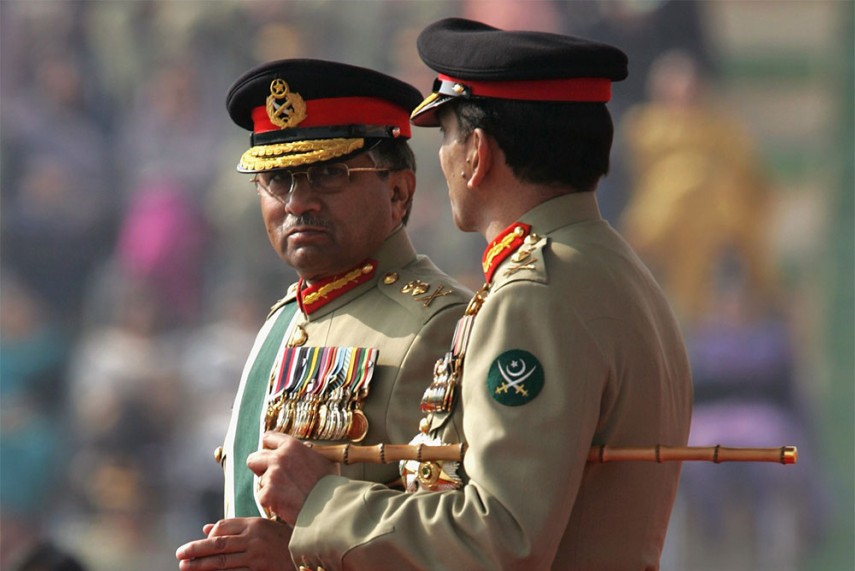 Print
A
A
A
increase text size
Outlook April 14, 2017 13:37 IST Musharraf Blames US for Political Mess in Afghanistan

Pakistan's former military ruler Pervez Musharraf today said that the US committed "blunder" by not converting the military victory over the Taliban and Al- Qaeda post 9/11 into a political victory in Afghanistan.

"After 9/11 Taliban and Al-Qaeda were defeated in Afghanistan. This was military victory. This military victory was to be converted into a political one,” Musharraf said in his key note address to a conference on Pakistan organised by the School of Advanced International Studies of the Johns Hopkins University.

The 73-year-old retired army general said the military victory over Taliban and Al Qaeda post 9/11 created a vacuum in Afghanistan for one and half long years.

"The requirement then was to convert this military victory into a political victory. In Afghanistan, in Kabul there ought to have been an ethnically balanced government," he said, ruing that the Pakhtoons who are in majority in Afghanistan were not given a proportional say in the new government.

"This was one of the greatest blunders, which has impact even now," he said, adding that this resulted in resurgence and emergence of the Taliban and Al Qaeda.

Musharraf, who ruled over Pakistan from 1999 to 2008, said the US must review its relationship with Pakistan and give his country the importance it deserves.

He said that in a changing world the US must adjust its strategic interests with those of the other emerging powers, which he identified as Russia and China.

"Those emerging powers, China and Russia have their own interests in our region," he said, adding that the US needs to watch that and then decide what is in its best interest.

"Pakistan needs to carefully articulate its relationships with China, Russia and the United States," said the former general, who overthrew a democratically elected government to become the dictator of the country.

Responding to a question, Musharraf said Pakistan has to balance its relationship with the US and China. And this needs to be done bilaterally, he noted.

"On bilateral basis, we must carry out our relationship with the US and China,” he said in response to a question.

"With the US, we had long term relationship not only militarily, but also in social economic sector. We cannot undo them and we must carry on this relationship," he observed.

Musharraf expressed optimism about US-Pak relationship under the Trump Administration.

A report released on the occasion said that the lack of close cooperation between US and Pakistani foreign policy is not unwelcome in either country.

Speaking on his personal experiences and perspectives on the Pakistan Army, Gen (rtd) Mahmud A Durrani said the answer to Pakistan's problem is an informed political order, not the Army taking over.

Shahid Javed Burki, the former World Bank vice president, rued that Pakistan has been described as a distressed state; as a fragile state in the west.

"It has been called a failing state. The Pakistan story as told in the Western press is not a good story," he said.