Mulayam Singh Yadav Hits Out At Son, Says 'One Who Is Not Loyal To His Father, Can't Be Loyal To Anyone'

Mulayam laid bare his anger for the first time after the SP's defeat in the UP assembly election fought under the leadership of Akhilesh Yadav. 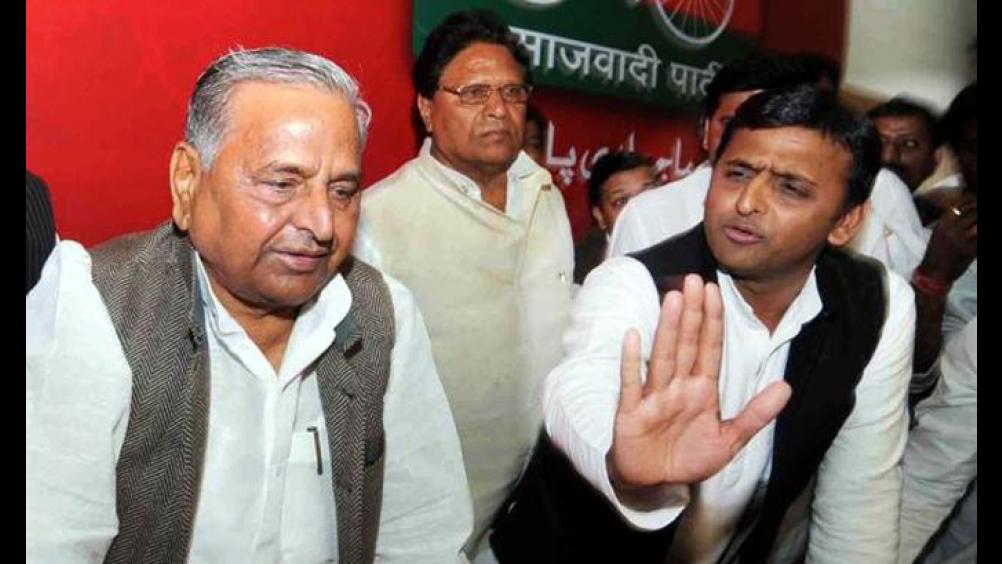 Print
A
A
A
increase text size
Outlook April 01, 2017 19:31 IST Mulayam Singh Yadav Hits Out At Son, Says 'One Who Is Not Loyal To His Father, Can't Be Loyal To Anyone'

In a public outburst against Akhilesh Yadav, Samajwadi Party patron Mulayam Singh Yadav on Saturday said his son had insulted him and the voters understood that "one who is not loyal to his father, cannot be loyal to anyone" which led to the party's poll debacle.

He also said that a final view on floating a new party is yet to be taken.

Mulayam laid bare his anger for the first time after the SP's defeat in the UP assembly election fought under the leadership of Akhilesh who had replaced his father as the party supremo following a battle of turf with his uncle Shivpal Yadav.

"I was badly insulted, which I had never faced in my life. Nevertheless, I tolerated. No leader of any party in India had made his son a chief minister during his lifetime, but I made Akhilesh the Chief Minister of UP," he said in his first address in his pocket burough after the UP assembly results in which the SP got only 47 seats out 403.

Mulayam who was unseated as party president by Akhilesh just before the elections had stayed away from the election campaign, addressing a couple of meetings for Shivpal. He had also spoken out against Akhilesh's decision to join hands with the Congress for the assembly polls.

He also went to the extent of saying "Jo apne baap kaa nahi ho saka, woh aapka kya hogaa (how can a person who is not loyal to his father, be loyal to you)."

Interestingly, the SP patron also mentioned that Prime Minister Narendra Modi during one of his election rallies in Kannauj had also echoed the same sentiment.

"The public understood this statement and took it seriously. This resulted in election debacle of SP and BJP won the elections," Mulayam told party workers while inaugurating a hotel here.

He also said that the family feud in SP also took toll on its electoral prospects.

Expressing his resentment over the "sacking" of the then UP Cabinet Minister Shivpal Yadav, Mulayam said "He (Akhilesh) sacked his own uncle Shivpal Singh Yadav - a very hard working Minister, who was also insulted".

On the resolution of Ram Janmabhoomi Babri Masjid dispute, he said that he had made efforts to resolve the issue through reconciliation on four different occasions. "But, things did not materialise."

Observing that all the parties would abide by the Supreme Court's decision, he said "I would be the first person to put a brick, irrespective of the fact whether a temple is being constructed or a mosque (following the SC verdict)".

Meanwhile, reacting to Mulayam's outburst, state BJP spokesperson Manish Shukla said "Had Mulayam Singhji made these observations public earlier, it would had been a rational move. Now its too late. Even during the tenure of Akhilesh government, he had repeatedly attacked the fuctioning of the ministers."

The Congress and SP fought on a pre-poll alliance. SP got 47 seats, while the Congress was confined to only seven seats. Mayawati-led Bahujan Samaj Party registered its win on 19 assembly seats.