Mulayam Blames Tie-Up With Congress For SP Defeat, Hints He Is Against Split 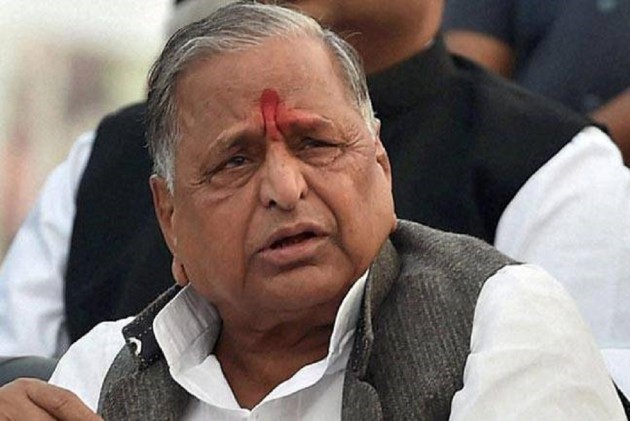 Print
A
A
A
increase text size
Outlook May 08, 2017 10:22 IST Mulayam Blames Tie-Up With Congress For SP Defeat, Hints He Is Against Split

Mulayam Singh Yadav on Sunday indicated that he was strongly opposed to a split in the Samajwadi Party, while berating son Akhilesh Yadav's move to ally with Congress, which he claimed had left no stone unturned to "ruin" him.

"Efforts should be made to strengthen the Samajwadi Party," he said, when asked about Shivpal's comments about forming a new front if party chief Akhilesh Yadav does not hand over the reins to Mulayam in three months.

A feud between uncle Shivpal and nephew Akhilesh has been plaguing the Samajwadi party for the past several months and even affected its performance in the UP assembly polls.

Mulayam today however blamed the defeat on son Akhilesh's decision to ally with a Congress, which he said had tried its best to "ruin" him.

"Alliance with the Congress is responsible for the present poor state of the party. I had advised Akhilesh not to go ahead with it, but he did. The SP is itself responsible for its defeat and not the people of the state," he said.

"Congress left no stone unturned to ruin my life. It (Congress) lodged cases against me and Akhilesh forged alliance with it," Mulayam told reporters.

He made the remarks during a visit to Junesa village in Karhalhere in party bastion Mainpuri, where he was to unveil a statue of martyr Dharmendra Yadav.

On Shivpal's comment terming SP MP Ramgopal Yadav as "Shakuni", Mulayam said, "Whatever he (Shivpal) said is true. Attempts were made to ensure his defeat and money was also spent for it."

"What he (Ramgopal) has done, only Shakuni-Mama did, so, it's my request to him to first read the Gita," Shivpal had said, likening him to 'Shakuni', the Mahabharat character who masterminded the feud between Kauravs and the Pandavas.

However, senior SP leader Shivpal Yadav today lauded the SP patriarch, as he took to a movie dialogue to eulogise Mulayam, his elder brother.

The SP MLA's efforts to form a Morcha is being widely seen as another attempt by the Shivpal-led faction of Mulayam's family to gain clout in the party headed by Akhilesh Yadav.

Mulayam was SP president till the post was snatched away from him by his son Akhilesh prior to the assembly polls.

Ever since the SP lost the assembly elections, Shivpal has been demanding that Akhilesh hand over the party's reins to Mulayam.

"Unhone secularism ke liye zindgi aur kai sarkarein daawn par laga di, isliye hum netaji ke saath khade hain aur khade rahenge. (Mulayam put his life and position as head of government at stake for secularism, and that is why I stand with him and will always do so)," Shivpal tweeted.

Mulayam has in the past also attacked Akhilesh, saying the voters had realised that "one who is not loyal to his father, cannot be loyal to anyone".

"I was insulted, something which I had never faced in my life. Nevertheless, I had tolerated it. No leader of any party in India had made his son a chief minister during his lifetime, but I made Akhilesh the chief minister of Uttar Pradesh," he had said.

SP national president Akhilesh did not lag behind in hitting back at his feuding uncle Shivpal, saying that as a politician he has a knack for identifying "asteen ke saanp" (deceitful people).

His comments, made recently, were against the backdrop of Shivpal's announcement to soon launch a secular front, which political observers see as a trial balloon to corner Akhilesh within the party.

The SP had witnessed a bitter feud between uncle Shivpal and nephew Akhilesh in the run up to the UP Assembly polls.

Many in the party blamed the power struggle between the two for the SP's dismal performance.

The party had contested the polls under Akhilesh's leadership but suffered a humiliating defeat at the hands of the BJP.

The SP tally in the assembly elections has come down to 47 from 227 in the 403-member House.

Following a bitter feud between the father and the son, Akhilesh had snatched reins of the party from Mulayam and their fight also reached the Election Commission.

Shivpal had earlier replaced Akhilesh as the SP's Uttar Pradesh unit chief following which, the then chief minister Akhilesh had removed Shivpal from his cabinet.

After finding himself sidelined within the party, Shivpal has been mulling launching a campaign to bring the 'samajwadis' (socialists) on a single platform.

After filing his nomination for the state polls in January, Shivpal had said he would float a new party after the election results were declared.

But, subsequently he had said there was no such plan.

Shivpal strongly believes that the Yadav family can unite if Akhilesh resigns from the SP national president's post accepting moral responsibility for the party's poll debacle.

But, Ram Gopal, a confidant of the former chief minister, had said a few days back that Shivpal should read the SP's constitution before seeking Akhilesh's resignation.

He had also said that Akhilesh would not resign under any circumstances and there was no question of handing over the reins of the SP to Mulayam.