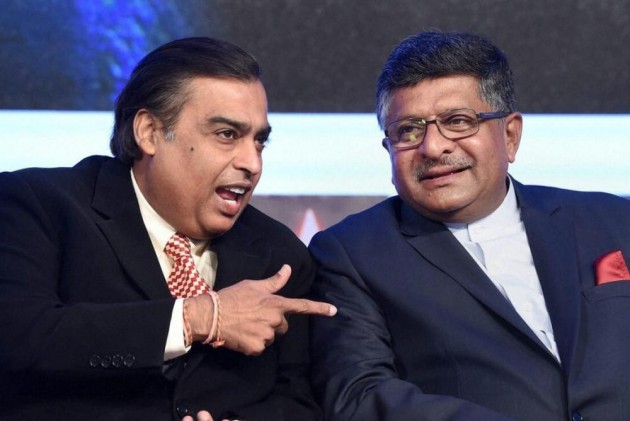 Industrialist Mukesh Ambani today said there is a need to retain data generated domestically within the country rather than let it to go out and urged the government to start a 'Keep in India' initiative for this.

"Keeping our data onshore will ensure that talent, technology, know-how and investments will flow into the country rather than flow out, and will create more jobs for us. Like the 'Digital India' and 'Make in India' campaigns, we need a 'Keep in India' initiative to keep our data within our shores," Ambani said.

Ambani, whose latest venture includes an over Rs 1.30 trillion investment to create one of the biggest telcos with a focus on faster broadband access, said data and information are the "power tools" in the digital age and it can also travel across the world at a fraction of a second and at negligible cost.

The remarks come within a month of Ambani describing 'data as the new oil' and amid a growing unease in various circles about using data for furthering commercial interests by corporates.

Praising Prime Minister Narendra Modi, he said, "we are fortunate to have a leader who understands technology," and termed technology as best way to tackle red tapes.

"The 'Keep in India' initiative can ensure that we develop the necessary human capital and maintain our leadership position in the field of technology for the generations to come," said Ambani.

He said his telecom service Jio is aiming to cover 99 per cent of the population by end of the year and announced an initiative to connect educational institutions over the next two years.

Terming job creation as a challenge, Ambani said Jio will be connecting 58,000 colleges and 1.9 million schools, which will seek to empower 200 million students with broadband access in the next two years.

He said the addition of 100 million subscribers in 170 days by Jio has already made the country the largest data consumer in the world, ahead of the US and China.

The swift on-boarding of subscribers was the fastest by a company the world has ever seen, Ambani said and claimed that it was faster than customer accretion by even Facebook and Skype.