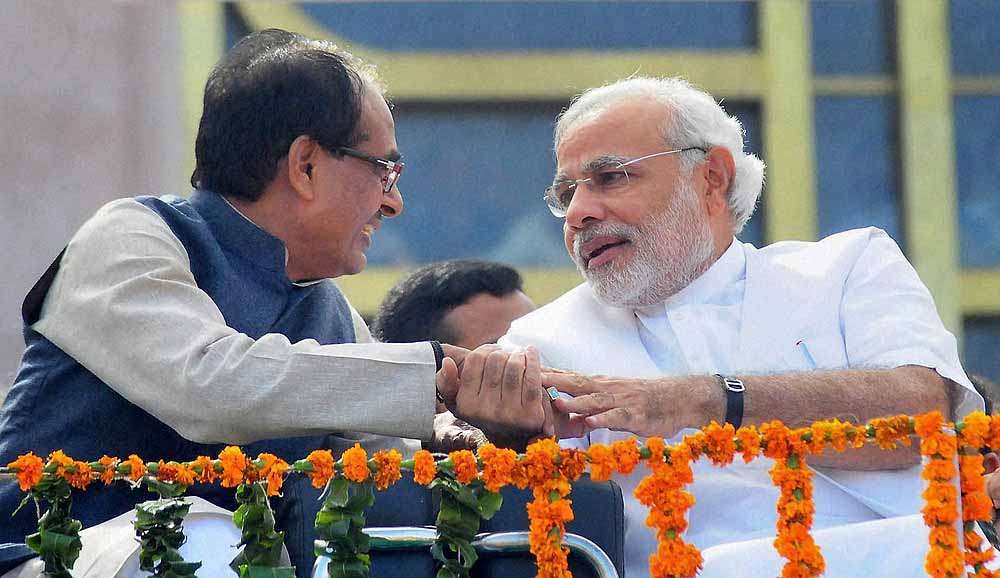 Print
A
A
A
increase text size
Outlook May 30, 2014 11:26 IST MP Govt to Seek Central Funds for Pending Projects

The ruling BJP in Madhya Pradesh has pinned high hopes on the NDA government at the Centre for getting Central funds for the state's pending projects.

"Madhya Pradesh Chief Minister Shivraj Singh Chouhan has instructed his Cabinet colleagues and officers to prepare a list of pending projects with the Centre for their early clearance," official sources told PTI today.

Chouhan gave these instructions to the ministers and officials on his return from New Delhi on May 27 after taking part in Prime Minister Narendra Modi's swearing-in ceremony.

The chief minister told them to prepare the list in three days and take maximum advantage of the fact that the BJP-led government is at the Centre.

"Chouhan told them that he will personally go with them to New Delhi to meet the Prime Minister on the issue," the sources said.

During the UPA government, Chouhan had on many occasions raised the issue of alleged step-motherly treatment meted out to the state in allocation of Central funds and had also staged protests on the issue.

Prior to the Lok Sabha polls, he, along with his entire Cabinet, had staged a protest in Bhopal for not getting adequate Central assistance for rain/hailstorm-hit farmers.

"We have demanded nearly Rs 250 crore from the Centre for dealing with the problem of Naxalism and for police modernisation in Madhya Pradesh," state Home Minister Babulal Gaur said yesterday.

Gaur had met Union Home Minister Rajnath Singh in New Delhi after the oath-taking ceremony and apprised him with the problems being faced by the state, specially removal of Central paramilitary forces by the UPA government from the Naxal-hit Balaghat district. Poor quality of national highways in the state too figured on the priority list of government.

State PWD Minister Sartaj Singh said he will demand from the National Highways Authority of India (NHAI) to hand over maintenance of national highways passing from MP to the state government, as during the UPA regime they were "not maintained properly" because of lack of funds.

"We had raised the issue of poor quality of NHs with the earlier UPA government, but it had not listened to our demands. We hope that now with the NDA coming to power at the Centre, the situation will change," Singh told reporters yesterday in Indore.

However, state Congress chief spokesman K K Mishra said, "despite having majority government both in the state and at the Centre, the people, instead of getting a bouquet of good times, are facing unbearable pain specially on the issue of inflation and law and order at the state level and terrorism, infiltration and Naxalism at the national level."