Most of the Corrupt From SC/STs, OBCs: Ashis Nandy

The celebrated sociologist stirs up a controversy at JLF with his remarks on corruption and Dalit, leading to an FIR and calls for his arrest 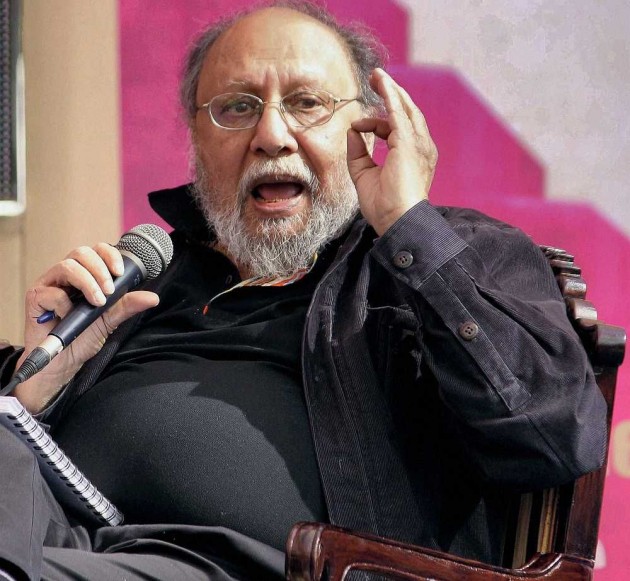 outlookindia.com
-0001-11-30T00:00:00+0553
Noted author Ashis Nandy today stoked a major row with his comments that people belonging to OBC, SC and ST communities were the "most corrupt", remarks that came under all round attack.

"It is a fact that most of the corrupt come from OBCs and Scheduled Castes and now increasingly the Scheduled Tribes," he said participating in a session at the ongoing Jaipur Literature Festival.

Going further, he said, "I will give an example. One of the states with the least amount of corruption is [the] state of West Bengal when the CPI(M) was there. And I must draw attention to the fact that in the last 100 years, nobody from OBC, SC and ST has come anywhere near to power [in that state]. It is an absolutely clean state."

He was immediately challenged by one of the panelists -- Ashutosh, a TV journalist.

"This is the most bizarre statement I have heard. The Brahmins and the upper caste can do away with all the corruption but when a low caste person emulates the same thing it becomes so wrong. Such a statement is not right," Ashutosh pointed out.

While seeking to clarify, Nandy made a flip flop saying he would apologise if he had been misunderstood.

He said he actually meant that if people from OBC, SC and ST indulge in corruption, it is "corruption indeed" while those from upper castes can go scot-free.

"This is not what I meant or what I wanted to say. This was what I actually said: I endorsed the statement of Tehelka editor Tarun Tejpal that corruption in India is an equaliser in our society. I do believe that zero corruption society in India, as I gave the example of Singapore, will be a despotic society," Nandy said in his clarification statement.

He maintained that he has spoken in favour of the down-trodden in the session on ‘Republic of Ideas’ at the Jaipur Literature Festival.

"I said in the talk that people like Richard Sorabji and I, if we want to be corrupt we can be corrupt in a very subtle way. No money has to exchange hands. I can give his son a fellowship or he can give my daughter a fellowship at Oxford or Harvard. And that will be good enough return and nobody will call it corruption"

"But when Dalits, tribals and OBC are corrupt, it looks very corrupt indeed. However this second corruption equlalises," he said, adding "It gives them access to entitlements. And as long as this equation persists, I have hope for the republic (of India)."

He said he was sorry "if some have misunderstood (his comments). I am sorry if anyone is genuinely hurt because of misunderstanding."

However, he didn’t apologise for his statement, saying he has supported the downtrodden communities all his life. "I don’t apologise at all because I was actually supporting the cause of minorities and oppressed people. I have supported them all my life."

As should be clear from my statement, there was neither any intention nor any attempt to hurt any community, he said. 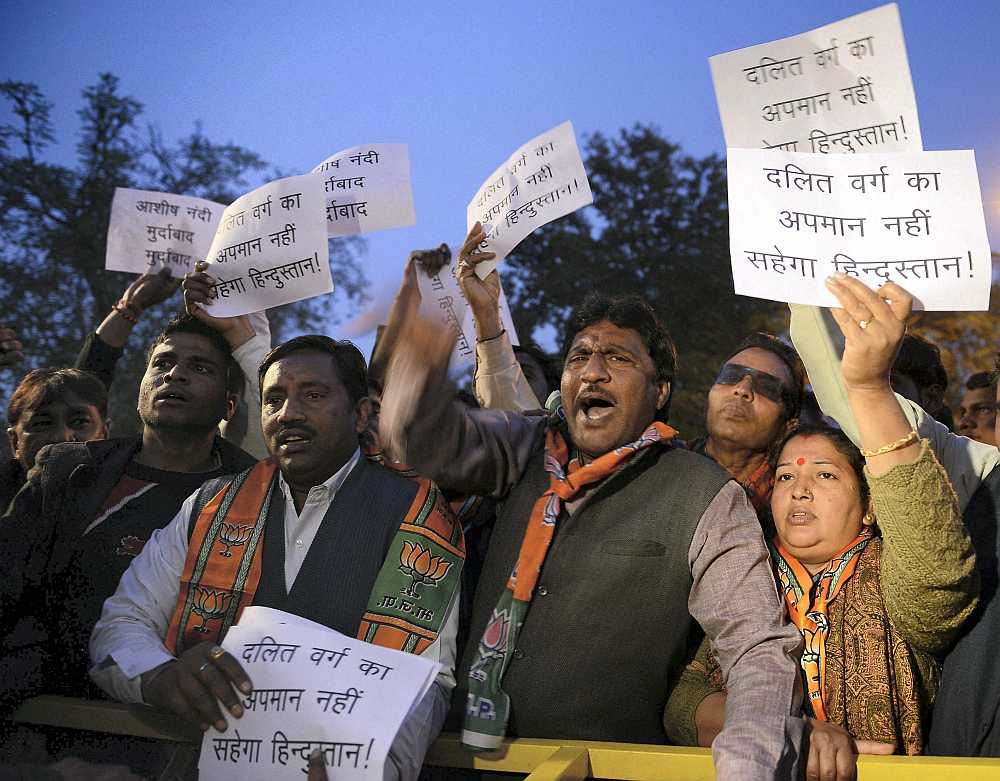 Reacting sharply to the comments, Mayawati told reporters in Delhi that Rajasthan government should immediately send the author to jail for the comments by registering case under the SC/ST Act and other stringent sections of law.

Terming the remarks as "farthest from truth, condemnable, unfortunate and reflective of a casteist mindset", she demanded immediate apology from him with warning that "otherwise, people could even be compelled to come out on the roads in protest against these remarks."

Chairman of National Commission for Scheduled Caste P L Punia (NCSC) came down heavily on Nandy and said "he (Nandy) is a sociologist and intellectual but there cannot be any statement with bigger intellectual dishonesty than this."

Congress leader Rashid Alvi said it is wrong to portray any particular caste or community as corrupt.

"I condemn this statement. I do not know who has said this but it is not possible to say that a particular caste or a particular community is corrupt community. Nobody can approve it," he said.

Lok Janshakti Party chief Ramvilas Paswan threatened an agitation if action is not taken against Nandy.

"A case should be registered against Nandy under the SC/ST Atrocities Act. This reflects the anti-dalit mindset of these people. If action is not taken against him, then our party will resort to agitation (andolan) in Jaipur," he said.

JD(U) spokesperson Shivanand Tiwari demanded an apology from Nandy for his statement.

"We condemn it. Ashis Nandy is considered to be an intellectual. He should apologise. We strongly condemn it," he said.

"The fault of SC/ST/OBC is that they are following the same path which was shown to them and that was the path of corruption.

Dausa MP Kirori Meena today strongly condemned the noted author Asish Nandy's remark on corruption that people belonging to OBC, SC and ST communities were the "most corrupt", and threatened to sit on a dharna at the Jaipur Literary Festival if Nandy did not apologise.

"Corruption has no caste. Nandy's comment is highly objectionable and chief minister should take action against him", Meena added

"Salman Rushdie was prevented from attending the festival last year and this year Nandy has provoked sentiments. We are not going to tolerate this," Meena told reporters at the festival venue.

"We are hurt. Legal action should be taken against Nandy and he should be arrested,' he said.

He also raised objection over the use of liquor during the festival and blamed the organisers for spoiling new generation.

"The organisers are playing with our culture by serving liquor in the festival. CM and police should not tolerate this," he said.

Meena also shouted at the two women who blamed that he and his supporters tried to hit them while entering into the venue.

Two women, who were unaware of his identity, demanded police to send him out alleging "he tried to hit and misbehaved with them in a hurry to enter into the venue." This irked the MP and he shouted at them.

"Women consume liquor over here is right and since I am in a simple attire so you are demanding to push me out?" he shouted.

Jat leader Rajaram Meel also raised objection over Nandy's remark and said he will lodge an FIR against him.

Meanwhile, Police commissioner B L Soni said," They will seek a clarification from Nandy and the organisers, if a complaint was made to them."

Meanwhile, Rajasthan BJP demanded arrest of Nandy and staged a protest against his controversial remarks.

"We demand immediate arrest of Nandy. If this is not done, BJP will start state wide demonstrations from tomorrow," said Mahendra Dahlet, state general secretary of the BJP Scheduled Caste Morcha Rajasthan.

"His comments are condemnable. He has hurt the sentiments of the entire community, which forms a large part of Indian population," Dahlet said.

A small number of demonstrators of the outfit who had gathered outside the Diggi Palace, the venue of the festival late in the evening, raised slogans calling for Nandy to "Go Back."