Mosques Can Be Built Anywhere, But Not Temple: Swamy On Ram Mandir SC Hearing 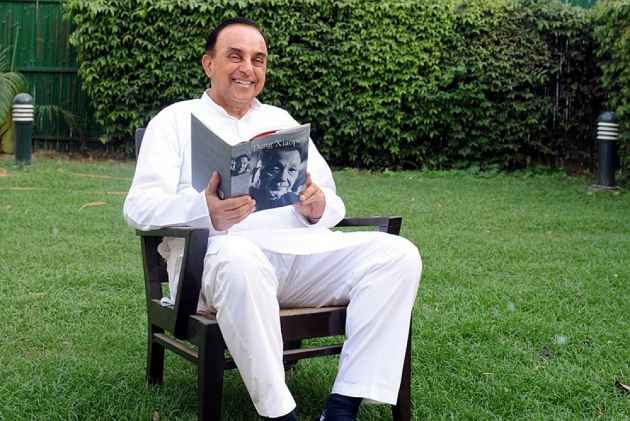 Print
A
A
A
increase text size
Outlook July 03, 2017 11:43 IST Mosques Can Be Built Anywhere, But Not Temple: Swamy On Ram Mandir SC Hearing

With the Supreme Court set to hear the Ram temple matter today, Bharatiya Janata Party (BJP) leader Subramanian Swamy expressed confidence that the decision would be taken in his favour.

"I would request to resolve the matter through dialogue and let the temple to be built there. Mosques can be built anywhere but temple cannot be constructed everywhere. So we have all the right. It is certain that decision will be taken in our favour," Swamy told ANI.

The Supreme Court will today hear the plea filed by Swamy, seeking its intervention in the Ram Janmabhoomi issue.

Swamy sought permission to perform puja in the temple.

The apex court questioned Swamy's role in the matter and said it did not have the time to hear the plea.

"What is your locus standi in the case? We didn't know that you are a party to the case. We don't have time to hear you now," the court said.

Swamy told ANI "Of course, I m not connected with the petty issue of property ownership. All I am concerned about is with my fundamental right to worship"

The court has said that the Ayodhya dispute is a sensitive and sentimental issue that needs to be settled amicably and through consensus.

The court suggested that if required, a principal mediator can be chosen by the court to settle the issue. Chief Justice of India (CJI) J.S. Khehar said if the parties want him to mediate, then he is ready for the task.