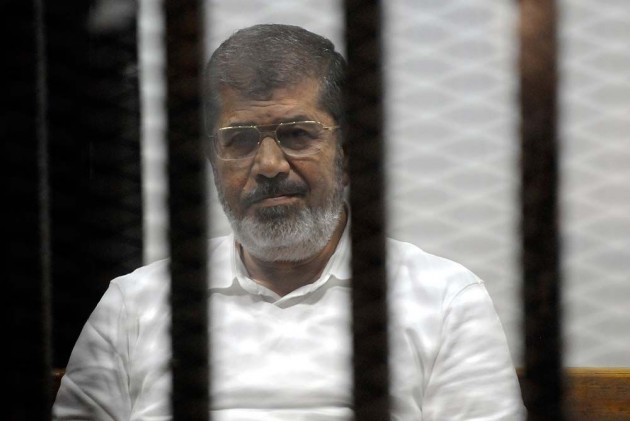 The verdict came after the court consulted the Grand Mufti, who according to Egyptian law must review all the death sentences though his decision is not binding.

Six of the defendants attended the trial while 96 others were sentenced in absentia.

There were a total of 129 defendants, including Brotherhood leaders Mohamed Saad El-Katatni, Essam El-Erian, Mohamed El-Beltagy, and Safwat Hegazy.

The defendants were also charged with damaging and setting fire to prison buildings, murder and attempted murder, and looting prison weapons while allowing prisoners to break out of jails during the January 2011 Egyptian Revolution that led to the overthrow of Mubarak.

Earlier today, the court had also sentenced 63-year-old Morsi, 71-year-old Badie and 15 other leaders to life in prison in an espionage case.

Both the verdicts can be appealed.

Morsi is among a total of 36 defendants who were charged with conspiring with foreign organisations, including Palestinian Islamist group Hamas and Lebanese militant group Hezbollah, to destabilise Egypt's security by executing terrorist operations in the country.

The defendants were also accused of funding terrorism and jeopardising national security.

Morsi was Egypt's first democratically-elected president before he was ousted by the army in a coup in July, 2013 following widespread protests against his divisive rule.

Last month, Morsi, Badie, and a 100 others had been sentenced to death in the two cases - espionage and the jail break - before both were referred to the Grand Mufti.

In April, Morsi was also sentenced to 20 years in prison for inciting violence and ordering the arrest and torture of demonstrators during clashes in 2012 while he was president.