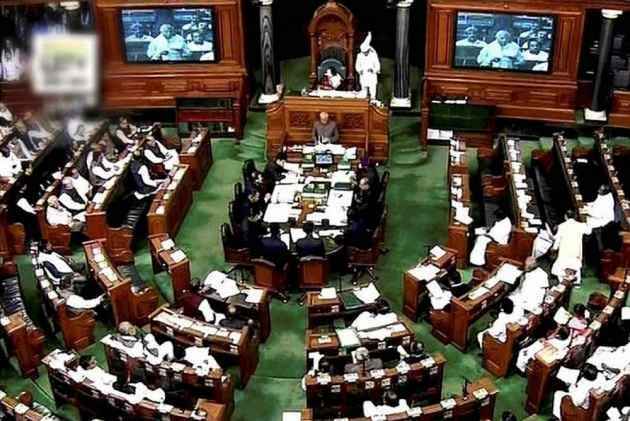 The law and order situation in Jammu and Kashmir was "much better" than the last year and the Centre was open for talks with those who abstain from violence and work within the Constitution, the government said in Parliament today.

"As reported by the state government, the law and order situation in Jammu and Kashmir is much better than the previous year as 583 cases have been registered during the current year till date, against 2,897 cases of previous year," Minister of State for Home Hansraj G Ahir said in a written reply to Rajya Sabha.

He said 1,2650 miscreants/separatists were "either arrested or bound down under substantive and preventive laws" by the police since 2016 and it also imposed restrictions in the vulnerable areas to thwart such incidents.

"Separatists/trouble mongers have been kept under close surveillance to check their activities," the minister said.

Ahir said the "government remains open to dialogue with those who eschew the path of violence and are willing to work within the framework of the Constitution of India."

The police, he said, has undertaken various initiatives like conducting sports events, community policing, counselling of miscreants among others to engage the people of the state.

"In addition, to accelerate the process of development in the state, the Prime Minister (Narendra Modi) on November 7, 2015 has announced a development package of Rs 80,068 crore," he said.

In a separate reply, Ahir said a total of 172 terrorist violence incidents were reported in the state till July 9 where twelve civilians and 38 security forces personnel were killed.

A total of 95 terrorists were killed during the same period, the data provided by the minister said.