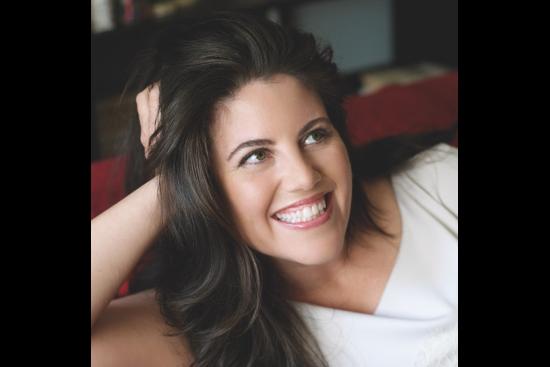 Monica Lewinsky, the former White House intern whose affair with Bill Clinton led to his impeachment, returned to public life today, giving her first speech in 13 years and joining Twitter.

In an emotional address at Forbes' inaugural Under 30 summit in Philadelphia that recalled the 1998 sex scandal with Clinton, the 41-year-old brunette announced a campaign to end online bullying.

Lewinsky told a packed auditorium that she became one of the earliest victims of cyber-bullying after she "fell in love" with Clinton.

"I was Patient Zero," she said. "The first person to have their reputation completely destroyed worldwide via the Internet."

"But there were gossip, news and entertainment websites replete with comment sections and emails which could be forwarded. Of course, it was all done on the excruciatingly slow dial up. Yet around the world this story went. A viral phenomenon that, you could argue, was the first moment of truly 'social media'."

She spoke of her shame, depression and of haboring suicidal thoughts after news of the 1998 sex scandal broke.

"Staring at the computer screen, I spent the day shouting: 'oh my god!' and 'I can't believe they put that in' or 'That's so out of context,'" she said. "And those were the only thoughts that interrupted a relentless mantra in my head: 'I want to die.'"

She said she was motivated to campaign against cyber-bullying by the 2010 suicide of an 18-year-old New Jersey freshman who was haunted online after being secretly filmed kissing another man.

"Having survived myself, what I want to do now is help other victims of the shame game survive, too," she said. "I want to put my suffering to good use and give purpose to my past."

On her @MonicaLewinsky Twitter profile, Lewinsky describes herself as a social activist, public speaker, contributor to Vanity Fair magazine and a "knitter of things without sleeves."

Within hours she racked up more than 18,000 followers for an account verified by the microblogging service.

Her first tweet was "#HereWeGo" and her second tweet said she was "excited (and nervous) to speak" at the Forbes Under 30 Summit.

Earlier this year, Lewinsky broke her silence about her affair with Clinton, in a piece for Vanity Fair.

"I am determined to have a different ending to my story. I've decided, finally, to stick my head above the parapet so that I can take back my narrative and give a purpose to my past," she wrote.