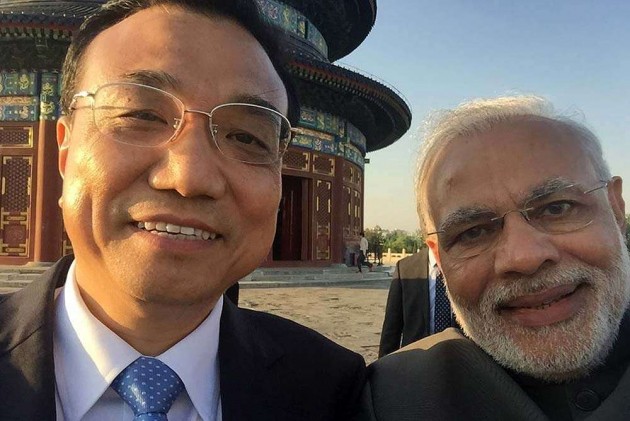 Prime Minister Narendra Modi's selfie with Chinese Premier Li Keqiang, hailed by western media as one of the most "power-packed selfie", has got over 31 million hits on his account on Chinese social media Weibo.

Modi, who is one of the world's most followed leaders on Twitter with 12.3 million followers, debuted on Chinese social media just ahead of his visit to China that began on May 14.

The number of followers of Modi's Weibo account has gone up to over 1.65 lakh, Indian officials here said.

The selfie Modi took with Li and posted it on his Weibo account after attending a Yoga-Tai Chi event has registered 31.85 million hits, they said.

Some posts have even asked Modi to continue to tweet on his Chinese account well after his visit.

During his three-day visit to China, Modi visited Xian, Beijing and Shanghai an held talks with Chinese President Xi Jinping, Premier Li and other officials.

The iconic Modi-Li selfie has been hailed by the western media as one of the most "power-packed selfie in history".

Modi has previously clicked selfies with Australian Prime Minister Tony Abbott in November during his trip to Australia, and another with Mongolian President Tsakhiagiin Elbegdorj on Sunday.