Modi's 'Mitron' Makes it to Urban Dictionary, Any Guess What it Means? 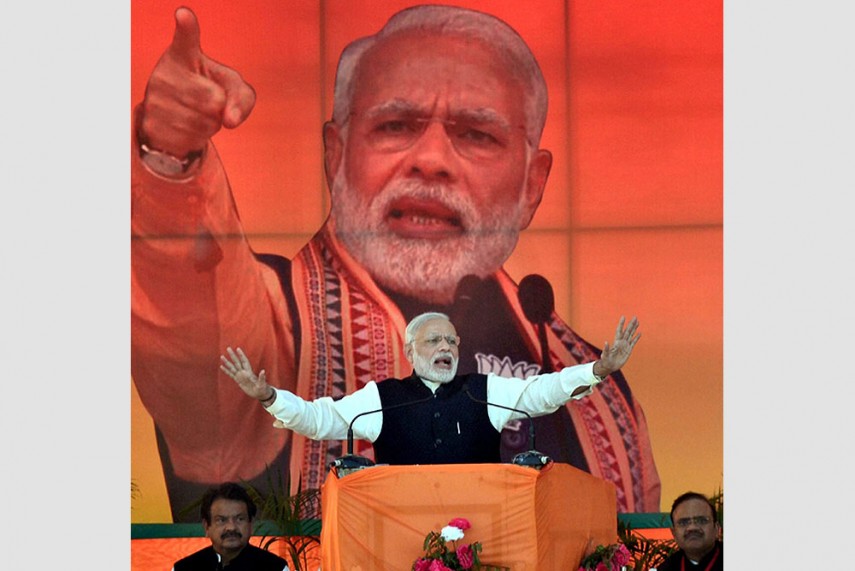 Print
A
A
A
increase text size
Outlook December 08, 2016 10:55 IST Modi's 'Mitron' Makes it to Urban Dictionary, Any Guess What it Means?

Mitron, the pet word Prime Minister Narendra Modi uses frequently to address his visible and invisible audiences, has made it to pages of Urban Dictionary.

Aaron Peckham’s Urban Dictionary, which helps make sense of the colorful street language around you, has described Mitron as:

1) A large group of unsuspecting people, about to be hit by something they will take a long time to recover from.
2. A precursor to bad news for large groups of people. 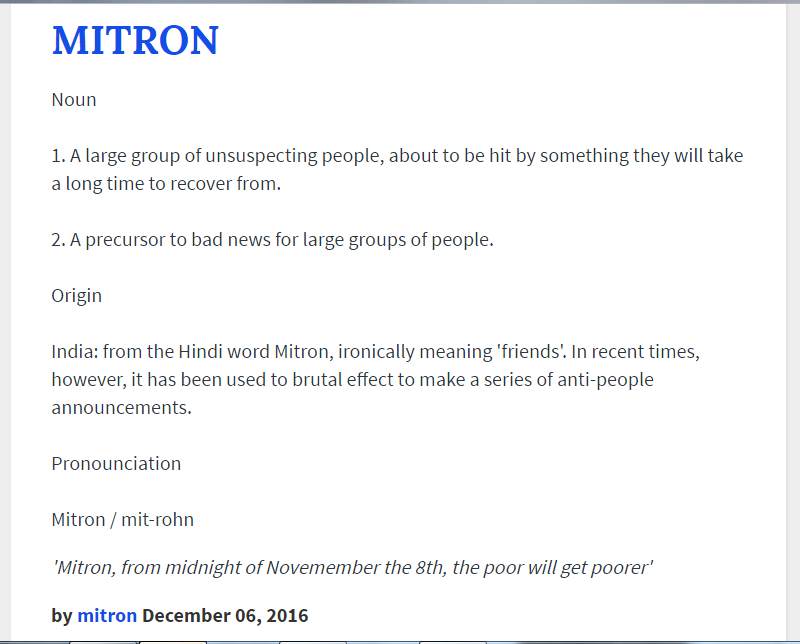 The word and its waspish alternative meaning gained winds just after Modi announced demonetisation, which had a domino effect on the life and savings of the people.

The person who described the word has explained the funny etymology.

According to the user, the origin is from the “Hindi word Mitron, ironically meaning 'friends'. In recent times, however, it has been used to brutal effect to make a series of anti-people announcements.”

All words submitted to the dictionary are reviewed by volunteers.

Peckham said, “The volunteers read new definitions and decide whether to publish them. They do an excellent job of filtering out personal attacks and mundane entries”.

The word meanings are not always actual definitions but funny commentatory or slangs that are part of everyday use but never make it to serious dictionaries like Oxford or Cambridge.

“I started the site in 1999 as a parody of dictionary.com. I had just started college, and I thought it would be fun if my friends and I were the ones who wrote the dictionary. I also felt that people take the dictionary too seriously! In some ways, Urban Dictionary is the opposite of a regular dictionary — the definitions are opinionated, not researched, and sometimes even misspelled. But it can be useful and often hilarious”.

The salacious nature of some of the content and graphic explanations have got the website negative feedback.

But Peckham explains it off by saying “When some when somebody uses that word in the real world, we want its definition to be available in Urban Dictionary.