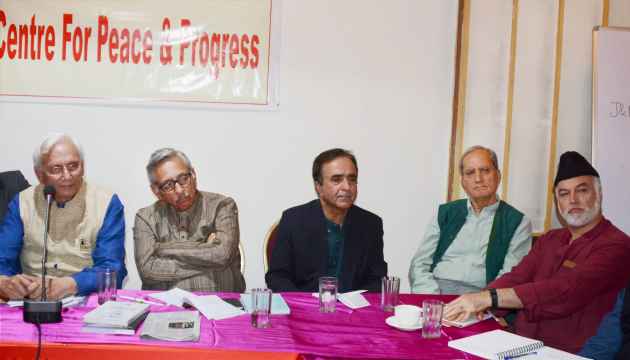 After coming under fire for having a dialogue with Hurriyat leaders, Congress leader Mani Shankar Aiyar on Friday said it was conveyed to him that Prime Minister Narendra Modi's message that "terror and tourism cannot go together" has ruined tourism industries in Jammu and Kashmir this year.

Speaking to ANI, Aiyar said: "The tour operators of the Valley were present in the meeting with the Hurriyat leaders and they told me that Modi's message that terror and tourism cannot go together has ruined tourism industries in this valley this year. He has inflicted untold harm by going around proclaiming that the valley has nothing to offer but terror."

Talking about his meeting, the senior Congress leader further said that now he was more convinced that the situation in the Valley is extremely grave and that corrective actions need to be taken sooner than later, otherwise much bigger problems will surface.

In an effort to resume dialogue with the stakeholders in Kashmir, five-member delegation led by Aiyar on Friday called on moderate Hurriyat chief Mirwaiz Umar Farooq and discussed ways to calm down the protestors.

The delegation discussed the prevailing situation in the Valley and the necessary steps to be initiated for bringing peace in Kashmir, which has been marred by violent protests since July 2016.

Considering the situation very critical where students and youth have joined the protests, Aiyar insisted that the central government should hold dialogue with all the stakeholders in Kashmir as it would bring enduring solutions by bringing peace in the Valley as well as reduce tensions between India and Pakistan.

Aiyar also showed his willingness to meet the pro-independence JKLF chief Yasin Malik, but he refused to meet the delegation.

The meetings with Hurriyat leaders assume significance after the group insisted that the central government should hold talks with Pakistan including separatists for resolution of the Kashmir issue.

However, reacting on the Supreme Court orders, wherein it asked the Jammu and Kashmir High Court Bar Association (JKHCBA) to take to various stakeholders and consider their opinion in connection with the plea against the use of pellet guns in the state, the Centre on April 28 categorically said it would not talk to people who were separatist leaders and those who talk of "Azaadi" and freedom. (ANI)