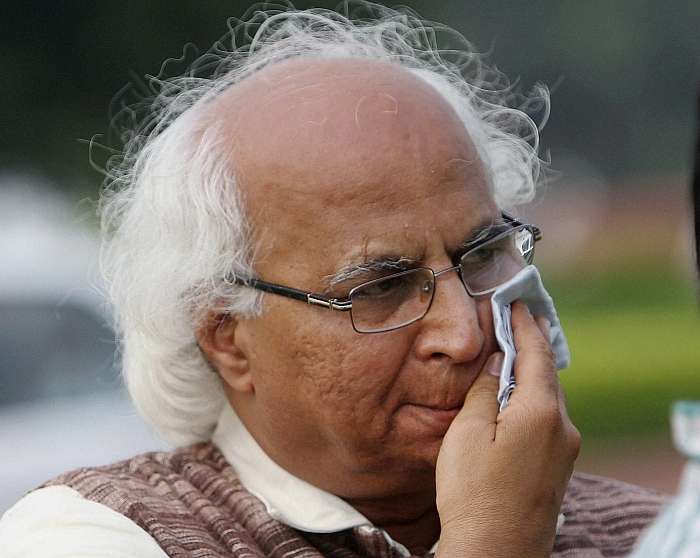 Former BJP ideologue Sudheendra Kulkarni today said Prime Minister Narendra Modi should make a bilateral visit to Pakistan as he pitched for "uninterrupted and "uninterruptible" dialogue between the two countries.

Kulkarni, who was attacked by the Shiv Sena activists last month over the launch of a book by former Pakistani Foreign Minister Khurshid Mahmud Kasuri, also said Pakistan should "stop with a heavy hand" the cross-broder terrorism.

Addressing an event the Pakistan High Commission, he made it clear that no military solution is possible to the Kashmir issue which, he said, was a pre-condition for any genuine reconciliation and abiding peace between the two countries.

He said both India and Pakistan can co-administer a combined state of Jammu and Kashmir.

Praising Modi, Kulkarni welcomed Prime Minister's trip to countries around the world. "It shows that he is raising India's profile abroad and it also shows that the rest of the world is now more and more appreciative of what India has achieved," he said.

Noting that Modi has visited all neighbouring countries except Pakistan, Kulkarni said he would strongly urge him to go to Pakistan unlike former Prime Minister Manmohan Singh who did not, despite having been born there.

He said the besides attending the upcoming SAARC Summit in Islamabad, Modi should also undertake a bilateral visit.

Recalling Modi's words at the SAARC Summit in Nepal, where he said the countries in the bloc were closer but not together, Kulkarni said Pakistan's visit would help his dream of getting everyone together.

"The soil is really ready for a breakthrough. Prime Minister Modi with a huge mandate can make a difference."

Talking about the contentious Kashmir issue, Kulkarni said an early and amicable solution to the dispute is a pre-condition for any genuine reconciliation and abiding peace between the two countries.

"The two governments must share, must accept the reality that neither India can ever recapture the Pakistan held part of Kashmir nor can Pakistan hope to get that part of Kashmir which is India," he said, adding that there is no possibility of Jammu and Kashmir or Kashmir becoming independent.

"No military solution can secure this goal in favour of either India or Pakistan. The only viable and working solution to the Kashmir dispute is India and Pakistan bringing the two sides of Kashmir together".

He said both can co-administer its affairs with a large degree of autonomy to the people of two sides of Kashmir with the consensus of the people who have the biggest stake.

Kulkarni said the possibility of co-administering Kashmir was what the interlocutors, appointed by then Prime Minister Singh and President Parvez Musharraf, were working on.

He also spoke about the partition of India and blamed both the Congress and the Muslim League, headed by Mohammad Ali Jinnah.

Talking about terror, Kulkarni said he often feels there is insufficient recognition in Pakistan about the pain, anguish and anger that cross-border terrorism has caused in India.

"I come from Mumbai, a city that has been the biggest victim of terrorism originating from Pakistan. This reality is one of the reasons why some people in Mumbai, react strongly – indeed, irrationally and fanatically – against any attempts to initiate cultural, sports and intellectual interactions with Pakistan," he said.

He said though he does not in the least rationalise it or support it, one cannot ignore this reality.

Kulkarni said that there is an urgent need to change the content and complexion of India-Pakistan relations.

"We cannot – we simply cannot – live in a relationship of perpetual hostility, tension, non-cooperation and conflict... We cannot remain prisoners of the past. We must break out of this deadlock, and must leave behind a better future for our children, grandchildren and the coming generations," he said.

He added that India and Pakistan present one of the worst examples of bad-neighbourly relations anywhere in the world.

He said those who are opposed to normalisation of our bilateral relations are indeed a minority. "But let's make no mistake– they are a powerful, influential and vocal minority," he said, adding their voice remains vocal and powerful because those in the ruling establishments in both India and Pakistan have not been able to firmly decide that normalisation is the only option.