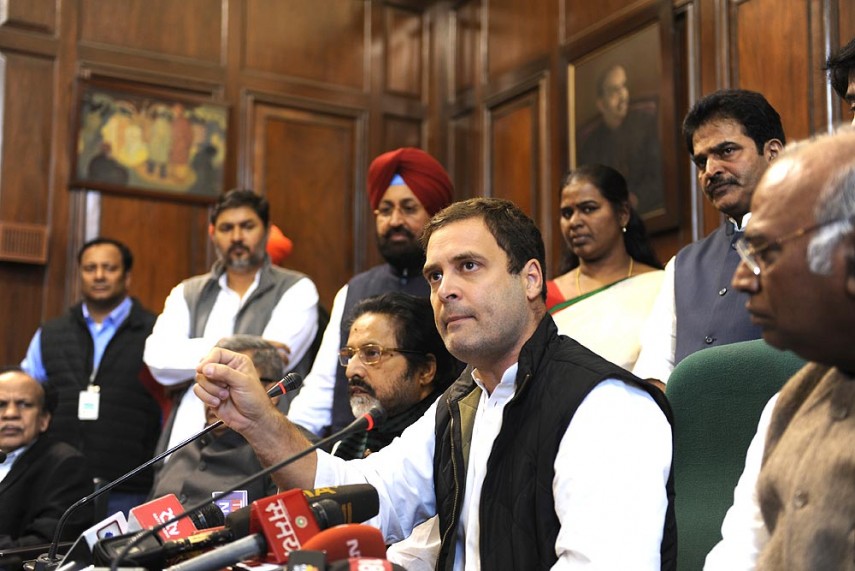 Congress on Saturday asked Narendra Modi to stop "insulting" former heads of government a day after the Prime Minister cited a book to say Indira Gandhi paid no heed to the Wanchoo Committee's recommendation to demonetise high- value currency notes in 1971.

"When you insult them you do not insult Indira and Nehru, you also insult Lal Bahadur Shastri and Morarji Desai who demonetised high-value currency in 1978," Party's Deputy Leader in Rajya Sabha Anand Sharma said at the FICCI conference.

The Prime Minister Narendra had yesterday cited a book to say that when the then Finance Minister Y B Chavan went to Prime Minister Indira Gandhi and supported the exercise, she asked, "Only one question. Are no elections to be fought by the Congress party?"

Accusing Congress of putting its interests before the country's, he had said what should have been done in 1971 has been done now by his government and that the delay in launching demonetisation caused a lot of damage to the country.

In a retort, the Congress leader said, "It is sad... 1971 was the year when India gave Indira Gandhi a massive mandate. The same year we were challenged by the then East Pakistan. India had 10 million refugees.

"Genocide was going on in what is now known as Bangladesh. China, siding with Pakistan, had moved troops to the border. India had the courage and strength to take the decision and the rest is history."

The country celebrated Vijay Diwas yesterday to mark the win over Pakistan in the 1971 war. "It was a day to salute Indira and not insult her", he said.

Taking a dig at Modi for calling himself a fakir, Sharma said, "I do not have that kind of a wardrobe but I will not call myself a fakir. We are public servants. We must serve people and understand their pain. We must have humility."

Asked as to when Rahul Gandhi will make public the graft charges against Modi he claims to have proof of, Sharma said, "It will be done at the right time".

He alleged that BJP purchased land in many states before the Prime Minister announced the decision to scrap high-value notes on November 8 and demanded the Centre bring a white paper on demonetisation.

"Crores of rupees were deposited in banks and all that information should come through a white paper," he said.

Sharma said the government in power needs to maintain balance "before issuing any narrative and for good governance. It is important to have a responsible opposition".