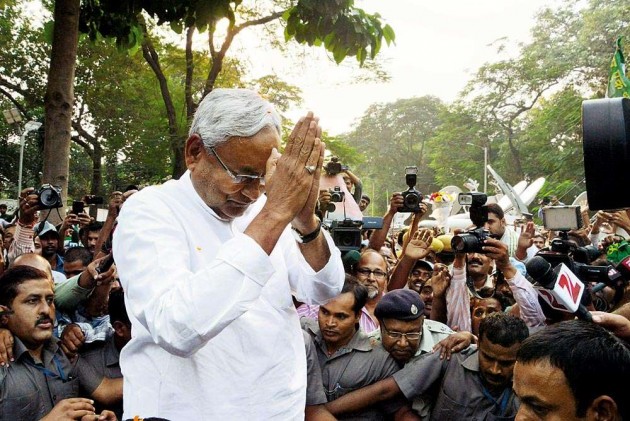 According to the reports in Firstpost, Bihar Chief Minister Nitish Kumar has invited veteran BJP leader LK Advani and BJP Lok Sabha member Shatrughan Sinha to his oath-taking ceremony to be held in Patna on 20 November, an aide said on Sunday.

"Advani and Shatrughan Sinha have been invited to the event at Gandhi Maidan. We sent invitations to both of them," said a Janata Dal-United leader close to Nitish Kumar.

But no invitation has been sent to any other BJP leader, including Prime Minister Narendra Modi and party president Amit Shah, the report quoted.

Kumar had earlier taken oath as CM in 2005 and 2010 heading NDA government of JD(U) and BJP. But Kumar had been on CM's chair first for seven days from March 3 to March 10, 2000 and in the current term when he took over the reins from his nominee Jitan Ram Manjhi in February this year.