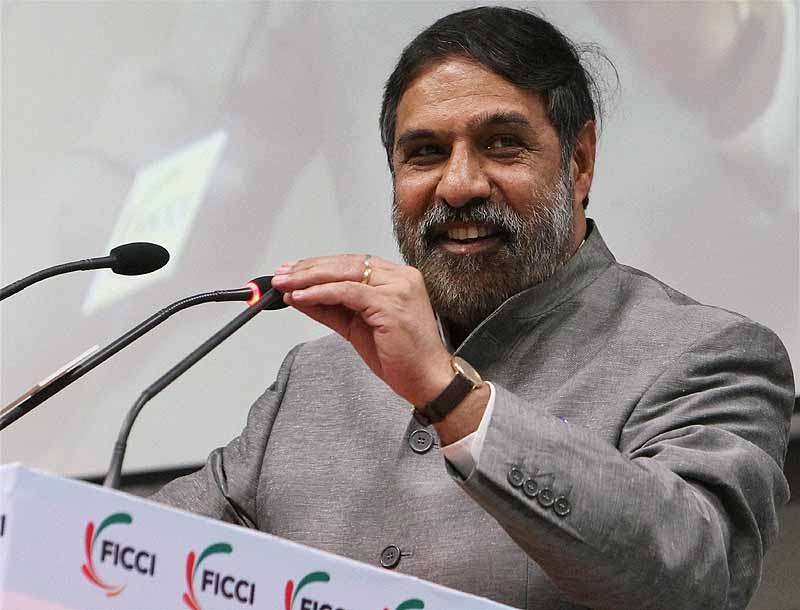 Accusing the government of not being sincere in its intent, senior Congress leader Anand Sharma today said easing of FDI norms in some sectors have been done while ignoring national interests and after "surrendering" to pressure of the US pharma lobby.

Sharma, a former Commerce Minister, charged the government with easing "pre-conditions" imposed by the UPA dispensation that were necessary to protect the interests of the country and its people.

"Opening up of sectors has always been calibrated and is a 'work in progress'. I fail to understand why the government is trying to give an impression as if these are big ticket reforms," he said.

"While national interests have been ignored in easing FDI norms in defence...One cannot call this a progressive move. On one hand, there is this shrill noise about 'Make in India' and on the other, you do away with the local sourcing condition. This means the government speaks in double-voices. Its decisions do not reflect the sincerity of its intent.

"This government has surrendered. It is clearly the pressure of US pharma lobby which has been pushing for removal of these pre-conditions... It is not right to remove the checks imposed especially in defence and brown-field pharma projects," he told reporters.

Sharma said India has one of the most liberal FDI regimes and that's why even after the global economic crisis, India remained one of the top two attractive destinations for foreign investments.

On defence FDI, the Congress leader said that access to state-of-the-art technology has been dispensed with by taking today's decision. "It's strange," he said.

"What was in the long-term interests of India was to have capabilities to make the high-end defence platforms with the assimilation of best of technologies.

"So there is no change per se, except the oversight of the Cabinet Committee on Security and non-induction. So this is a strange decision. We had ourselves supported FDI in defence. When I was a minister, I had supported it...The national interests have been ignored," he said.

On the pharma sector, he said FDI was permitted in greenfield projects where new factories were to be established for 100 per cent FDI under automatic route but for brownfield, where the acquisition or takeover of existing pharmaceutical industry was concerned 100 per cent was allowed but through the government approval route and certain conditions were put.

"This means there is complete takeover without any precondition, without any check. It will seriously erode India's strong capacity and capabilities in the pharmaceutical industry. There was no reason when 100 per cent was allowed in both greenfield and brownfield, why this was essential. Government has to explain this," he said.