He alleged BJP had failed to turn its attention to the woes of farmers agitating in the national capital for over 20 days. 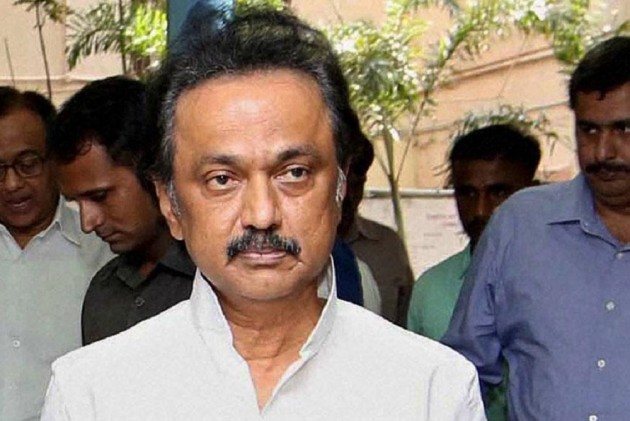 Accusing the BJP-led Central Government of neglecting Tamil Nadu's interests, DMK working president M K Stalin today alleged it had failed to turn its attention to the woes of farmers agitating in the national capital for over 20 days.

"Despite suicides of nearly 250 farmers in Tamil Nadu,the Modi government is not interested in solving serious problems being faced by the agitating farmers," he told reporters at the airport here.

On the April 12 R K Nagar by-poll, the opposition leader in the Assembly said both AIADMK factions would lose their deposits.

Stalin, on his way to Alampalayam near Pollachi to condole the death of DMK leader and former union minister M Kannappan's wife, said the Election Commission should continue its steps to prevent money flow in R K Nagar constituency.

To a question on the party's stand on Hindi in the wake of its opposition to milestones in English in the state being allegedly replaced with Hindi, he said "DMK has always opposed imposition of Hindi and will continue to do so."