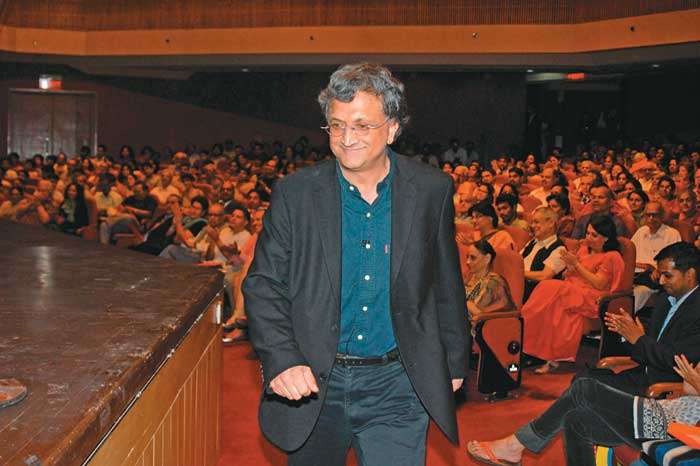 Criticising the recent killings of eminent scholars and writers and the 'inability' of the administration to prevent such hooliganism, noted historian Ramchandra Guha said Modi government was the "most anti-intellectual" dispensation the country ever had.

Expressing concerns over increasing threats to freedom of expression, Guha came down heavily on the BJP-led government for being "hostile" to the writers community.

"This government is arguably the most anti-intellectual (administration) we ever had," Guha said while delivering the first Vijay Tendulkar Memorial lecture at the Mumbai University here last evening.

Guha, however, said this kind of behaviour was not peculiar to the Modi government alone but across the board.

"Both the Congress and BJP could have prevented these murders as these killings happened when either the Congress or the BJP was in power in the state or the Centre," he said.

Talking about the rising culture of banning anything and everything at the drop of a hat, the historian warned that the nation was "slipping down to anarchy", while describing the present-day India as a 40:60 democracy.

Guha blamed former PM Rajiv Gandhi banning Slaman Rushdie's Satanic Verses in the late 1980s as the root cause of the 'ban culture' in the country.

He was quick to add that people today are eliminated for expressing their views and not just getting them exiled or their word banned.

Recalling his description of India as 50:50 democracy after his book 'India After Gandhi' in 2007, he said, "I have always believed that India is a 50:50 democracy. Here elections are held in a fair manner and we also have free movement of people but we lag in freedom of expression."

"But sadly and regrettably now it is a 40:60 democracy with the way intellectuals are eliminated or suppressed," he lamented.

Listing out eight major threats to freedom of expression in today's India, Guha admitted that such threats existed since the Independence but the last three-four years saw the intensity of such threats increasing manifold.

He said the first threat to freedom of expression lies in Indian law books in the form of retention of archaic colonial laws dealing with sedition, imperfection in our judicial system, over-dominance of identity politics, behaviour of police force, pusillanimous politicians, dependence of media on government and commercial advertisements and ideologically-driven writers.

Guha, however, also asserted that "though we lag behind many countries when it comes to freedom of expression we are ahead of many others."

"In respect of freedom of expression we are better than China and Russia but worse than Sweden, Canada and Australia. But I am happy to be born in India as no other country offers so much diversity and evolution at the same time as we get in here," he said.

Late Vijay Tendulkar was a towering Marathi writer, playwright and intellectual who never held back his opinion on issues concerning the society at large. He was also the brother of noted economist Suresh Tendulkar.