Modi Govt May Meet Same Fate As That of Indira's: Yashwant 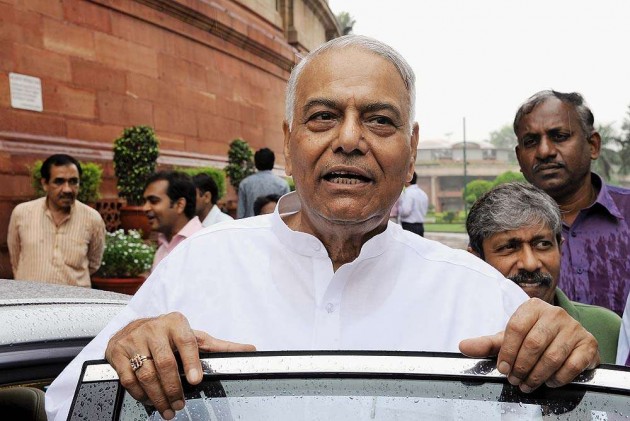 Print
A
A
A
increase text size
Outlook January 30, 2016 22:09 IST Modi Govt May Meet Same Fate As That of Indira's: Yashwant

Veteran BJP leader Yashwant Sinha today tore into Prime Minister Narendra Modi and his government, saying there is no dialogue and they may meet the same fate as the Indira Gandhi-led Congress which was drubbed in the elections after Emergency.

Sinha, who along with some other BJP veterans has been marginalised in the party, was speaking at a panel discussion at the 'Difficult Dialogues' conference here, where CPI-M general secretary Sitaram Yechury also spoke.

"There is absolutely no scope of no dialogue... This is the great strength of Indian democracy. There will be aberrations here and there, there might be concerns about the present situation. But the great Indian society will take care of it and consign to dust those who do not believe in dialogue in India," Sinha said.

"The people of India will consign him to the dust, you just have to wait for the next elections," Sinha, who was finance minister in Atal Bihari Vajpayee government, said without naming Modi.

Alluding to the general elections in 1977 when Congress was ousted from power, he said such a neglect (of dialogue) will make the government last "19 months", the same duration as the Emergency.

We all know how the people of India reacted to the Emergency which was the "most concerted democratic effort in our country to still the voice of dissent", he said.

Replying to intervention from Yechury on need to ensure that dialogue in the society doesn't get stifled, he said, "I would only say that the stifler is in for serious trouble."

The veteran BJP leader also rued the fact that Opposition was not letting Parliament function.

ithout naming, he took a potshot at a Congress leader, who he said never raised concerns on the GST Bill in the standing committee meetings but later raised objections.

Under Vajpayee, the NDA government was able to pass several important legislations with the help of dialogue (with opposition), Sinha said.

His onslaught comes on the same day when another BJP leader, actor-MP Shatrughan Sinha, said that veteran leaders Vajpayee, L K Advani and Murli Manohar Joshi "deserve much more than what they have been given".

"Currently these leaders including me are trapped between oppression and respect," Shatrughan said in Pune.