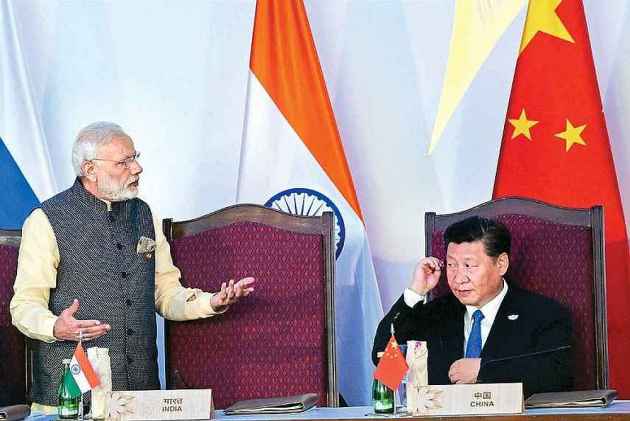 The Congress today hit out at the Central government over its "indifference" towards Chinese incursions with vice president Rahul Gandhi questioning Prime Minister Narendra Modi's "silence" on the issue.

The Modi government's foreign policy is defined by "the prime minister's search for holiday destinations and photo opportunities" instead of serving India's interests, the Congress said in an article on its website.

"His (Modi's) foreign policy is defined by 'hyperbole and empty rhetoric'. He believes, falsely, that talking tough in election rallies is the same as being tough on China on the diplomatic front," it said.

During the 10 years of the UPA government, the party said, former prime minister Manmohan Singh had ensured that India balanced its relations with all major world powers.

"We ensured that any transgression on the part of China was deftly handled and the UPA understood the nature of global politics and diplomacy," the article stated.

Realising that Modi was a "master bluster rather than a man of action", China, through its government-controlled media made open threats to India and talked of teaching us a "bitter lesson", it said.

"What has surprised and shocked the nation is the meek response of the Modi government. This is the same Narendra Modi whose spin doctors said that he would show 'red eyes' to China, and they would go running back. The only 'red' we have seen is the aggression of China," the article said.

The Congress also stated that in the face of these provocative statements by China, "Home Minister Rajnath Singh merely said that Chinese intrusions were about perception."

"Perception? Tell that to our brave jawans who had to resist the Chinese aggression," the party said.

In the last 45 days, there have been nearly 120 Chinese incursions, it added.

Indian bunkers have been destroyed and Chinese warships and submarines reportedly spotted in the Indian Ocean, the Congress said.

Hailing the foreign policies of the UPA government, the Congress said realising the potential threats to India's territorial integrity, "the UPA had approved a Mountain Strike Corps, which would enhance the Indian Army's capability by adding 90,000 personnel."

The Opposition party also alleged that since the Modi government came to power, there had been a "squeeze on release of funds and thus a shortfall in ammunition and equipment for units already raised".

"If indeed India's economy is booming, according to the BJP, why are the funds to defend India not being spent," the party questioned.