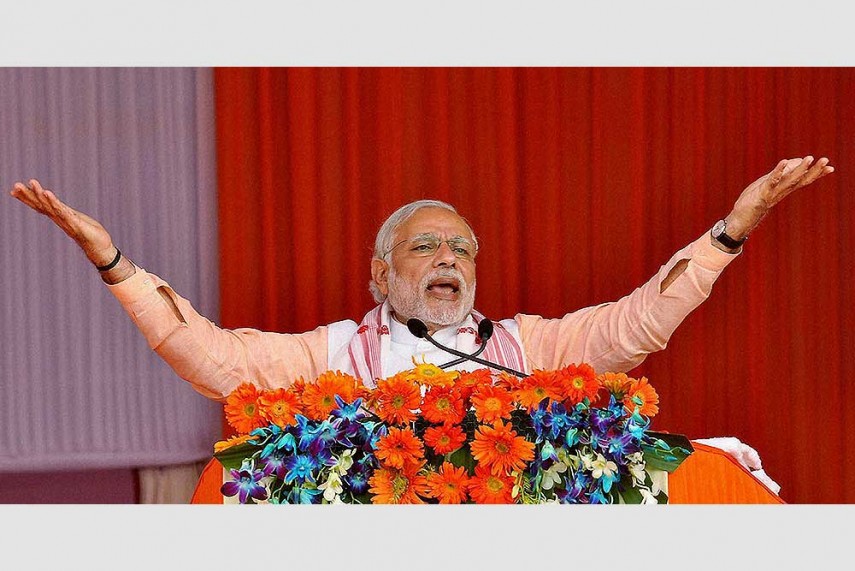 RJD leader Mohammad Ali Ashraf Fatmi today said that the government's recent attempts "to encroach upon the minority rights" of Aligarh Muslim University and Jamia Millia Islamia is part of a "sinister plan" to take away fundamental rights of the people of India.

"The Narendra Modi government's attempts to demolish the rights of minorities goes against the letter and spirit of the Constitution. Attempts to tamper with the minority character of India's two historic institutions--AMU and JMI are part of a sinister move to subvert freedom of expression in institutions of higher learning," he told reporters here.

Fatmi, who was Minister of State for HRD at the Centre from 2004 till 2009, alleged that these attempts are result of the NDA government's attempts to "polarise, divide and ultimately weaken the very concept of India".

"India is weaker and more divided today than it has ever been since the country attained freedom," he said.

Fatmi said that this is being done to polarise votes ahead of the assembly polls.

He said that the NDA government had come to power on the slogan of "Sab Ka Saath Sab Ka Vikas" (Justice and Development to All) but instead, it was raking up divisive issues.

He also charged the NDA government with being "anti-Dalit and anti-backward".

"Each off-campus centre of AMU was supposed to be provided with grants of Rs 2200 crore rupees each but instead of releasing these funds, the present HRD Ministry has released only Rs 36 crore rupees for Kishanganj Centre in Bihar," he said.

Fatmi said that if funds are not provided even for construction of essential buildings, then the very future of these off campus centres would come under threat.