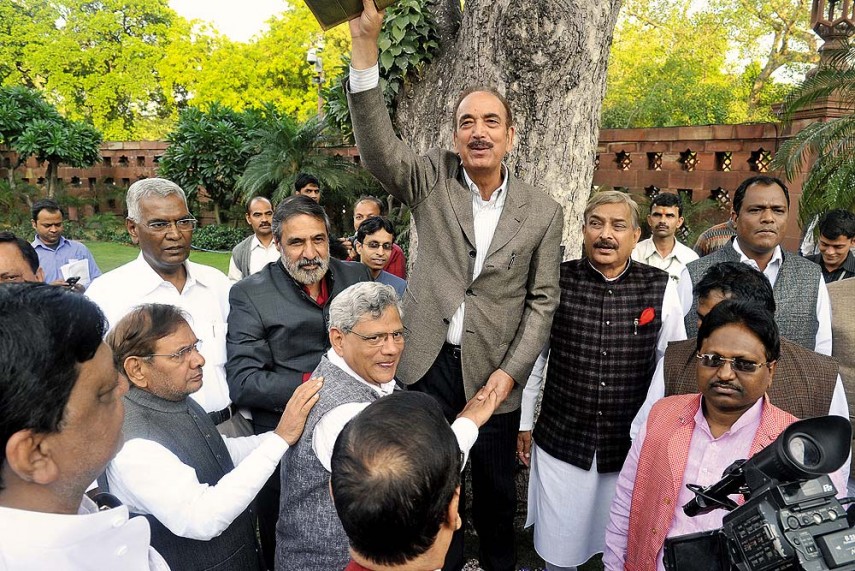 Senior Congress leader Ghulam Nabi Azad today accused the Modi government of "creating distances" among people in the country where attempts were being made to spread hatred of the kind witnessed during Partition.

The Leader of Opposition in the Rajya Sabha also warned the country was facing "threat from inside".

"The after-effects of partition were there for some time, but gradually everything got better. But today's government is again trying to create distances (among people) by giving statements, and (through its) actions. This is not (good) for the country...".

"Today we have threat from inside," he said.

Therefore, all secular forces should work together to counter such elements, he said, adding "..You cannot counter them with weapons but by creating an atmosphere that India is one and it will remain united, and we all are like brothers."

However, he complimented the Hindus of the country, saying a majority of them were secular.