Modi Doled Out 45K Acre Land at Re 1/Sq M to Adani: Rahul 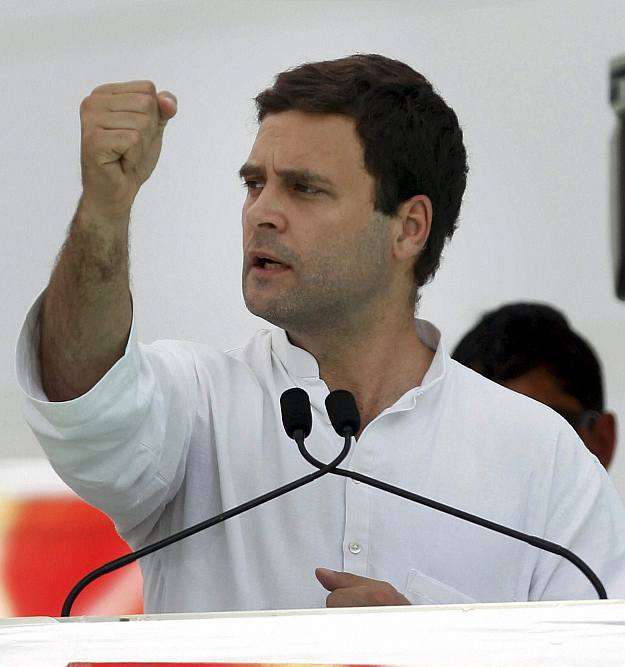 Congress leader Rahul Gandhi today took on Narendra Modi over the "anguished" tone of his speech and his association with Adani group, which he claimed swelled by over ten times due to association with the Gujarat Chief Minister.

"Our ideology advocates to take all the people along. We follow the ideology of Mahatma Gandhi. In our ideology there is no place for anger and anguish," Gandhi said while addressing an election rally at Attara area here.

"We speak in a civilised manner while Modi speaks in anger and with anguish," he said.

The Congress leader also attacked the BJP leader over his association with Ahmedabad-based Adani group.

"Rs 3,000 crore Adani group swelled into an over Rs 40,000 crore after getting associated with Modi, who almost doled out 45,000 acre land at the rate of Re 1 per sq metre," the Congress vice president said.

Referring to the poverty in Bundelkhand region Gandhi said, "The backwardness of this region will only end by setting up small industries in large numbers."

The Congress leader said that the UPA government is planning to establish an industrial corridor right from Delhi to the remotest parts of the country, which would benefit the people of the Bundelkhand region the maximum.

Gandhi said that if voted back to the power the Congress led UPA would implement Health Guarantee Scheme to provide free health care to the poor.

"Every homeless, either in urban or rural area, will be provided with a roof of his own," he said.

Gandhi, who was scheduled to reach here by 1.30 PM, arrived late and reached the venue at around 5.30 PM for which he apologised.