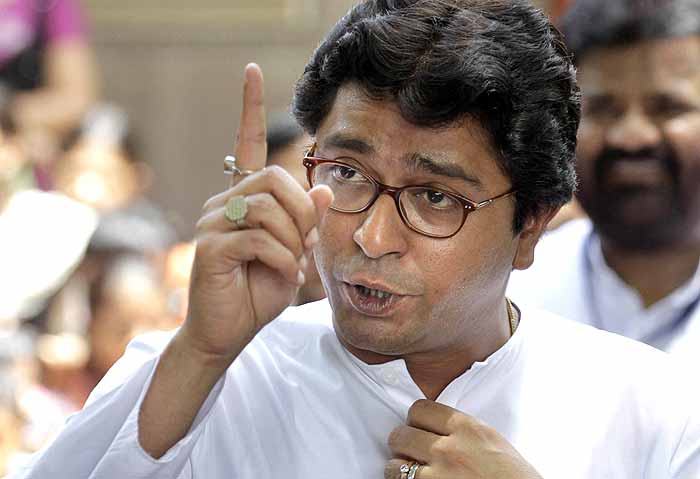 Claiming that 70 per cent of new autorickshaw permits were given to non Marathis, MNS chief Raj Thackeray today threatened that his party workers will set on fire these autos if they are seen plying on roads.

"If any such auto with a new permit is seen plying on the road, those sitting inside will be asked to come out and the auto will be set on fire...Since Shiv Sena holds the state Transport portfolio, I want to ask how much is it getting in the deal," he said addressing a gathering of party supporters on the occasion of MNS's 10th foundation day.

Raj claimed that around 70 per cent of those given new permits are non-Marathi and demanded that only sons of the soil should be given licences.

"The government has done away with norms like asking for a domicile certificate and a letter from the CID before handing out auto permits to those seeking it, so that they can anyhow grant 70,000 permits in the coming days," Thackeray said.

Thackeray alleged that there was no difference in the functioning of the erstwhile Congress-NCP government and the present BJP-Sena government as "corruption continues unabated."

"Only faces have changed in the new government, but the corruption and style of working has remained unchanged," he said.

In a bid to boost the morale of his party workers, Thackeray said ups and downs are a part of life and they should remember the purpose for which their party was formed.

"Every big person has encountered failure. So there is nothing new if we, too, have failed in the past. But, I assure you that the party will not stop now," he said.