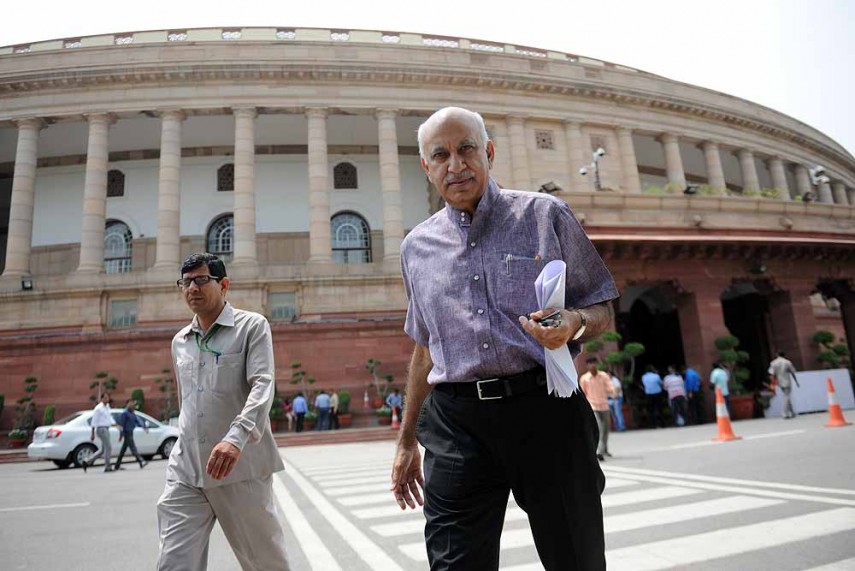 India today requested Iraq for assistance in rescuing 39 Indians taken hostage in war-ravaged Mosul two years back as Minister of State for External Affairs M J Akbar held extensive talks with President Fuad Masum and other top Iraqi leaders in Baghdad on a range of issues including threat from Islamic State.

Iraq has been hit hard by the Islamic State (IS), which has captured vast swathes of the oil-rich country and the talks focused largely on ways to combat terrorism and the two countries resolved to support each other in fighting the menace.

In the meetings, Akbar sought Iraq's assistance in tracing the 39 Indians and securing their safe release. The Iraqi leadership assured full cooperation and support in the matter, the Ministry of External Affairs said here.

The two sides discussed the entire gamut of bilateral engagement, including in spheres of trade, investment, energy security, defence and security and counter terrorism.

Akbar arrived in Baghdad yesterday on a three-day visit, as part of a three-nation trip to Lebanon, Syria and Iraq.

"The two sides acknowledged the grave threat posed by international terrorism and its sponsors to international peace and security as also the very architecture of nation state.

"They conveyed strong support to each other in their common fight against the menace of terrorism," the External Affairs Ministry said, sharing details of Akbar's meetings with Iraqi leaders.

The MEA said Akbar conveyed India's support for the unity and territorial integrity of Iraq and conveyed New Delhi's abiding commitment to the emergence of a stable, peaceful, united and democratic Iraq, which was in the interest of regional and global peace and security.

The Minister conveyed New Delhi's willingness to partner in the reconstruction of Iraq as also for continued assistance through India's well acknowledged capacity-building programmes under Indian Technical and Economic Cooperation Programme (ITEC).