Mistry Family Has No Right to Nominate Director: Tata Sons 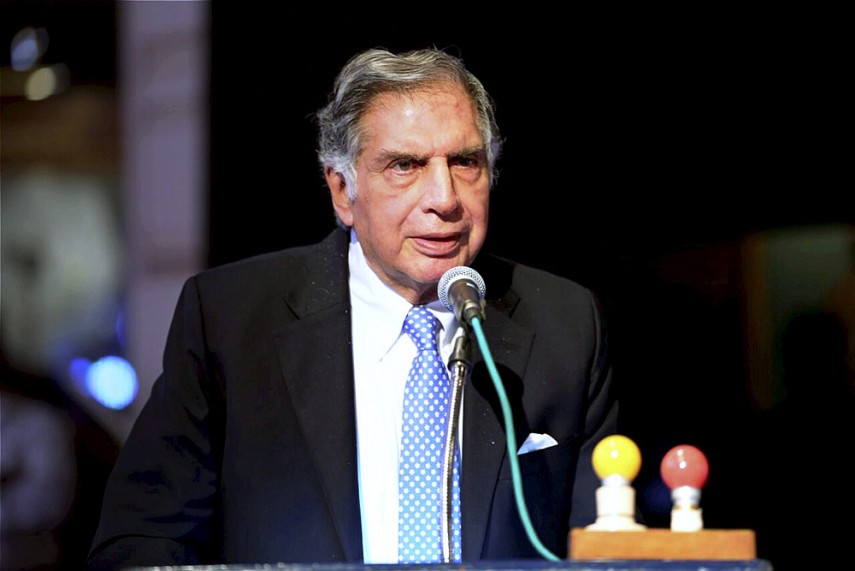 Print
A
A
A
increase text size
Outlook January 10, 2017 12:45 IST Mistry Family Has No Right to Nominate Director: Tata Sons

Ahead of the February 6 shareholders' meeting to remove Cyrus P Mistry as director on Tata Sons, the holding company of Tata Group has said the Mistry family did not have any right to nominate a director on the board as the Articles of Association do not provide for it.

In an affidavit filed in response to the petition filed by investment firms of the ousted Chairman Cyrus P Mistry, Tata Sons said Pallonji Shapoorji Mistry was the first person from the Shapoorji Pallonji family to be appointed as a director on the board of the holding company in 1980 even though it has held 18.4 per cent stake since 1965.

"In fact, it was Ratan N Tata who proposed the appointment of Cyrus Mistry to the board of directors of Tata Sons. If the Petitioners had any right of nomination of a director to the board, provision for this would have been made in the articles of association of Tata Sons," it said.

Tata Sons had abruptly removed Mistry as its Chairman on October 24 and sought his ouster from operating companies like Tata Motors and TCS. Mistry subsequently resigned from the board of six companies, but dragged Tata Sons and his interim successor Ratan Tata to the National Company Law Tribunal.

After the board meeting of October 24, 2016, Tata Sons had resolved that Mistry shall, notwithstanding his ceasing to be the Chairman, continue as a director of the company.

But his conduct thereafter in levelling "unsubstantiated" allegations and causing "enormous harm" to Tata Group had made his continuation as a Director of Tata Sons "untenable" and therefore, he should be removed, Tata Sons had said in a notice seeking Extraordinary General Meeting on February 6.

In the affidavit, Tata Sons said the Petitioners' averment that they have been represented at the board of Tata Sons for "several decades" lays bare the "entirely specious and false case".

"In fact, no opposition, objection or reservation has ever been expressed by the Petitioners and/or Cyrus Mistry in relation" to this.

Reacting to Tata Sons' affidavit, sources in Cyrus Mistry camp said he and the petitioners -- the investment firms -- will file their rejoinder "on all facts and issues that are involved in the proceedings".

"A full and fitting reply will be filed within applicable deadlines," a source said, adding "it is but natural that Tata Sons and its directors and the trustees of Tata Trusts would deny allegations and level counter-allegations".

Tata Sons in the affidavit said the petitioners have "wrongly" asserted that Mistry was their nominee on the board of Tata Sons.

Any such claim, it said, is wrong and denied.

"It now appears that the intention of the Petitioners behind filing the petition (before NCLT) is that the Petitioners now want to demand nomination on the board of Tata Sons which can never be allowed. The Petitioners are misusing the present forum for their ulterior motives," it added.

Tata Sons alleged that Mistry has projected in his affidavit that he had acted in the best interest of the company. "In fact, there are several instances to show that he had acted to the detriment of Tata Sons."

"Mistry violated confidentiality undertaking provided by him to Tata Sons and his legal duties as a Director of Tata Sons and other Tata group companies. Besides, he parted with internal company records to third party entities including the Petitioners, who would otherwise not have access to these documents," the affidavit of Tata Sons said.

Mistry had sent several documents containing confidential information regarding Tata Sons to the Deputy Commissioner of Income Tax without the approval of the Board of Directors, the affidavit of Tata Sons further said.

"Cyrus Mistry has filed voluminous documents along with his affidavit with the intent to fill in the obvious lacunae in the Petition (filed by Cyrus Mistry Investments). By doing so, Mistry is attempting to support unsubstantiated allegations levelled by the Petitioners," Tata Sons alleged.