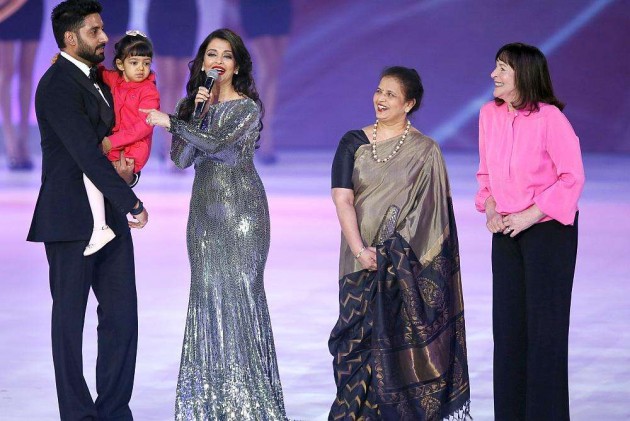 Aishwarya Rai Bachchan was today honoured with a special award at the glittering Miss World 2014 ceremony here for her charity work.

The 41-year-old actress appeared on stage with her husband Abhishek Bachchan, their daughter Aaradhya and her mother Vrinda Rai.

The prize was for her charitable work since being crowned Miss World in 1994.

The finale of the event saw 22-year-old South African beauty Rolene Strauss being crowned Miss World 2014 as India's Koyal Rana lost out, finishing in the top 10.

Miss Hungary, Edina Kulcsar, was the runner-up in the contest and Miss United States, Elizabeth Safrit, came in third as an estimated billion viewers watched the finale on television around the globe.

Priyanka Chopra was the last Indian winner of the coveted title in 2000.