Mirwaiz Taken Into Custody for Taking Out Protest March 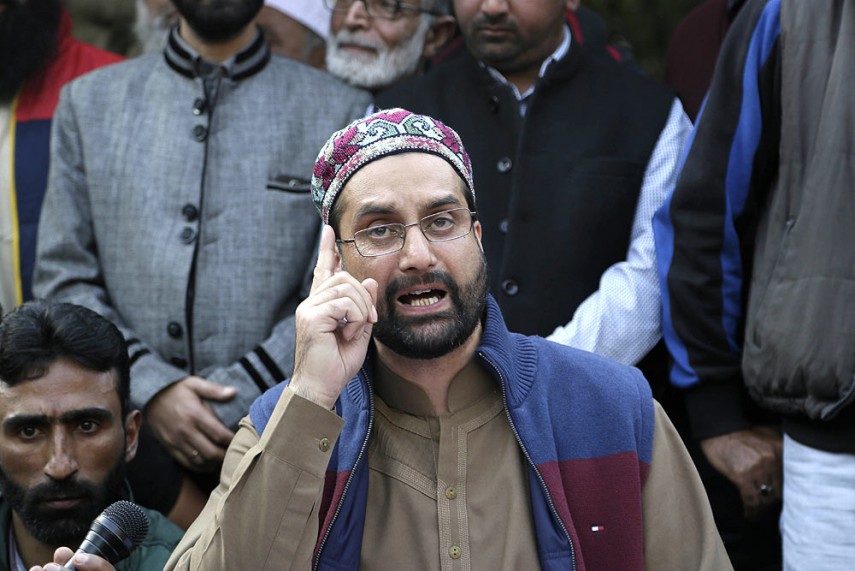 Print
A
A
A
increase text size
Outlook October 28, 2016 16:29 IST Mirwaiz Taken Into Custody for Taking Out Protest March

Moderate Hurriyat Conference chairman Mirwaiz Umar Farooq was today taken into custody after he defied the curfew order and tried to take out a march from his residence to offer Friday prayers at Jamia Masjid in downtown Srinagar.

Mirwaiz, who was shifted from sub-jail Chashma Shahi after two-months detention on October 24 and placed under house arrest, defied the curfew this afternoon.

He tried to take out the march towards the historic Jamia Masjid, where no Friday prayers could be offered during the past 15 weeks due to the restriction.

Soon after the separatist leader came out from his Nigeen residence, police took him into custody and lodged him at Nigeen police station, officials said.

The separatist camp, comprising of Mirwaiz, hardline Hurriyat chairman Syed Ali Shah Geelani and JKLF chairman Mohammad Yaseen Malik, had called for the march to Jamia Masjid to end the "seige" of the grand old mosque.

However, authorities imposed curfew in six police station areas of the city to scuttle the proposed march.