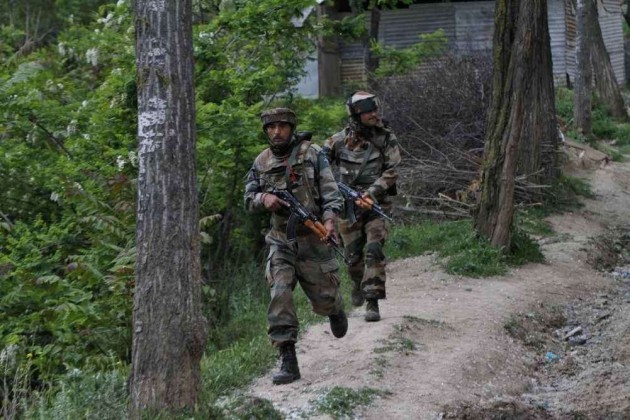 Eight BSF personnel, including an officer, were injured when militants attacked their convoy at Pampore in south Kashmir's Pulwama district, police said today.

Militants opened fire on the BSF convoy at Kadlabal in Pampore town around midnight last night as the security personnel were returning to their camps after performing security duties for the 44-day Amarnath yatra which concluded on Sunday.

The attack came ahead of Prime Minister Narendra Modi's visit to the state today.

Eight BSF men including an Assistant Commandant were injured in the attack, the police said, adding the BSF personnel were travelling in two vehicles.

The injured have been admitted to Army's 92 Base Hospital at Badamibagh here.