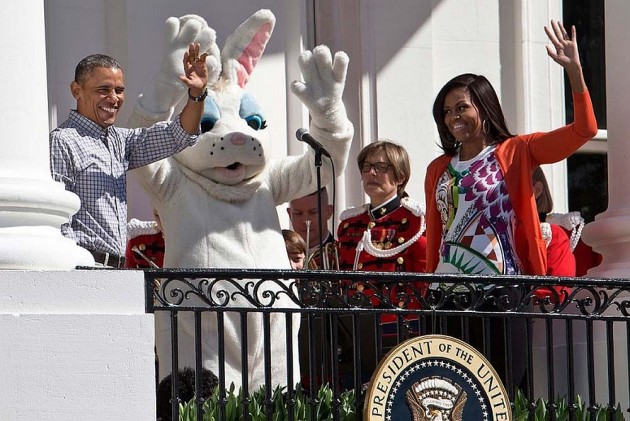 US President Barack Obama has said that his wife Michelle will "never" run for president but lauded the incredible resonance she has with the American people.

"Michelle will never run for office," Obama said, a day after the surprise victory of Donald Trump in the presidential elections.

"She is as talented a person as I know. You can see the incredible resonance she has with the American people. But I joke that she's too sensible to want to be in politics," Obama was quoted as saying by the Rolling Stones.

Obama has said many times that his wife has no appetite for her own political career. But it's the first time he's commented on it since the election, when Donald Trump defeated the president's preferred successor, Hillary Clinton.

Many Democrats have been openly hoping the 52-year-old first lady might be convinced to seek political office.

Three new political action committees have been formed in the last month urging Michelle to challenge Trump in 2020, The Hill reported.

The first lady earned praise as Clinton's most effective surrogate during the 2016 campaign, with a string of powerful speeches on her behalf.

But she has long spoken of her distaste for partisan politics, and those close to her say she wants to pursue other interests after she leaves the White House.