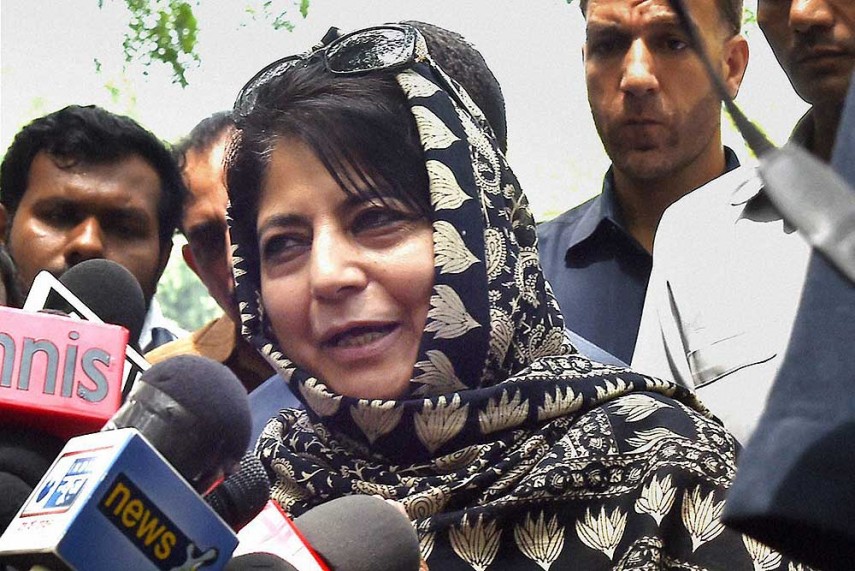 Jammu and Kashmir Chief Minister Mehbooba Mufti on Monday, sought opening of more cross-LoC trade and travel points and regularisation of Nepal route for youths who had crossed over to PoK but now want to return to the state to start their life afresh.

During her meeting with Home Minister Rajnath Singh and Defence Minister Manohar Parrikar, Mehbooba sought opening of more trade and travel routes across Line of Control to facilitate more people to people contacts.

The Chief Minister also sought regularisation of Nepal route for youths, who had gone to Pakistan occupied Kashmir years ago but now want to return and start their life afresh, an official statement said.

Mehbooba sought fast tracking of Prime Minister's Development projects, revision of ex-gratia scheme and increase in the honorarium of the SPOs.

In her meeting with the Defence Minister, Mehbooba sought revision of rent on the land under use of the Army, revision of compensation to population affected by firing ranges besides more recruitment of youths from the state in the Territorial Army.

Both the Union Ministers assured the Chief Minister that the issues raised by her would be fast tracked for settlement, the statement said.