Medha Patkar Arrested Along With Associates in Allahabad 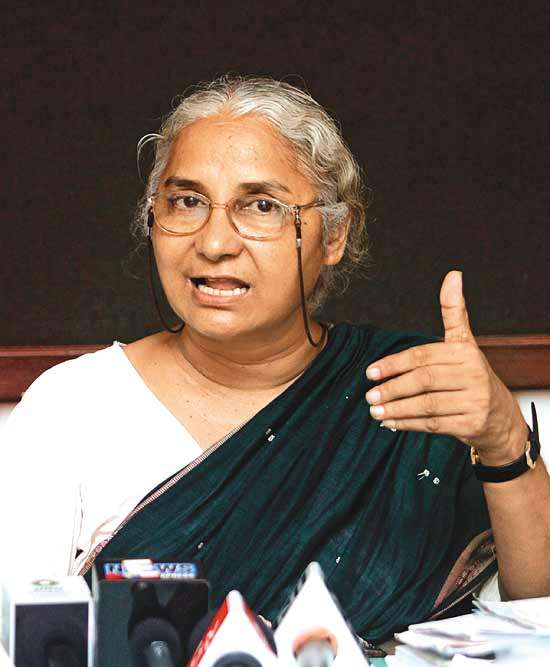 Print
A
A
A
increase text size
Outlook September 26, 2015 14:35 IST Medha Patkar Arrested Along With Associates in Allahabad

Social activist Medha Patkar and some of her associates were arrested here today while they were going to Kachri village of the district, where farmers had held protests and clashed with police against acquisition of their land by the UP government for a power plant.

Additional SP (trans-Yamuna) Ashutosh Mishra said a case against Patkar and the others was registered as they had not taken prior permission from the district administration to visit the "sensitive area".

"A total of 10 persons, including Patkar, were arrested by us this morning when they assembled near the Allahabad University premises. They had plans to visit Kachri in Karchhana tehsil of the district's trans-Yamuna region, about 50 kms from the city," Mishra said.

He said "the arrests were made apprehending breach of peace and a case has been registered against Patkar and her supporters under Section 151 of the Criminal Procedure Code.

"They were intending to visit a sensitive area without having obtained prior permission from the district administration."

"Moreover, it is an improper time for undertaking such a visit. Model Code of Conduct is in place in view of Panchayat polls and any requests for permission to visit Kachri would not have been entertained," the officer added.

Kachri, which is the site of the proposed Karchhana Thermal Power Plant, had witnessed violent protests by farmers over the issue of acquisition of their land earlier this month.

The farmers had also clashed with policemen who had gone to the spot to quell the agitation.