MCD Polls: Voters Face Problems Due to Faulty EVMs in Some Wards 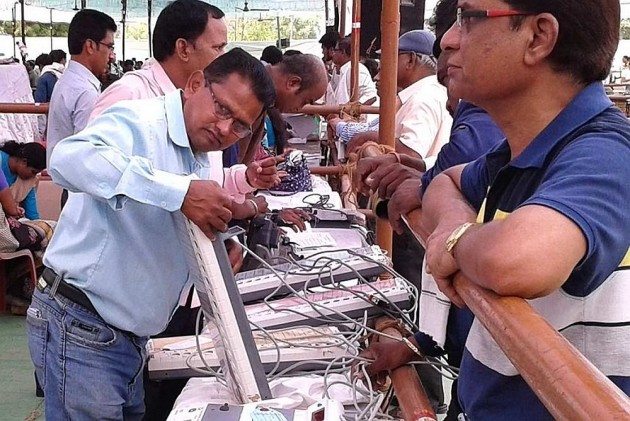 Print
A
A
A
increase text size
Outlook April 23, 2017 14:04 IST MCD Polls: Voters Face Problems Due to Faulty EVMs in Some Wards

Voters in a few municipal wards faced problems as Electronic Voting Machines (EVMs) at some polling booths did not work properly in the city.

Former Delhi minister and BJP leader Arvind Singh Lovely also could not cast his vote early morning as there were some problems in the EVMs at the polling booth in East Azad Nagar area.

"I reached the polling station at 8 AM. However, I could not vote as the EVM was not working so I had to leave due to some urgent work. I will go later to cast my vote," Lovely said.

There were also complaints of faulty EVMs in North Delhi Burari area and South West Delhi's Kapashera due to which voting had to be stopped for a few minutes.

"There were few complaints of the functioning of EVMs at Burari and Kapashera which has been rectified," an official source said.

Apart from this, at GTB ward, voters had to face problems as some EVMs were not functioning properly.

Some people could not vote because their names were missing from the voters list.

Voting for choosing municipal councillors is being held at 13,000 polling stations across the national capital.

Polling began at 8 AM amid ample security arrangement across the city.

Out of the 13,022 polling stations, police authorities have declared 3,284 as sensitive and 1,464 as hyper-sensitive.

There are a total of 1,32,10,206 voters entitled to exercise their franchise in electing councillors for the wards falling under the three corporations--NDMC (103), SDMC (104) and EDMC (63).