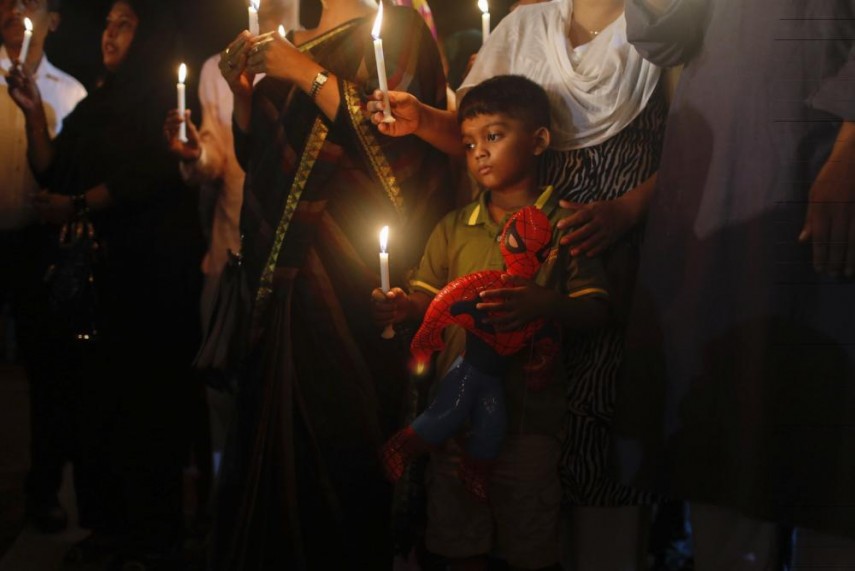 One of the masterminds of Bangladesh's worst terror attack at a popular cafe here and another top militant behind the murder of a Hindu priest were killed today in a gunfight with police during a pre-dawn raid in the Muslim-majority country.

Neo-Jamaat-ul-Mujahideen's wanted leader Nurul Islam alias Marjan and another extremist were killed by Counter-Terrorism and Transnational Crime (CTTC) unit in Mohammadpur Beribadh area of the capital.

"One is identified as Marjan and another is Saddam Hossain, an accused neo JMB member," Daily Star newspaper quoted Monirul Islam, chief of Counter Terrorism and Transnational Crime unit of Dhaka Metropolitan Police, as saying.

Jogeshwar was hacked to death during an attack on a temple in Bangladesh’s Panchgarh district in February last year.

"Acting on a tip-off, we conducted a raid around 3am...Sensing our presence, the militants opened fire at us. In retaliation, we fired back that left the two injured," Monirul said.

Later, they were declared dead when taken to Dhaka Medical College Hospital.

According to an investigator, former Islami Chhatra Shibir leader Marjan was the youngest military commander of the Neo-JMB, a new faction of Jamaatul Mujahideen Bangladesh (JMB) affiliated with Islamic State, Dhaka Tribune reported.

He also had connection with a number of top leaders of the outfit. Marjan had expertise in operating heavy arms.

Marjan had stayed in the militant den of Gobindaganj in Gaibandha for a long period where he reportedly gave motivational training to seven militants. Of the seven, five took part in the Gulshan terror attack.

On July 1, militants stormed the bakery. The attackers took diners and restaurant staff hostage and had confrontations with police, killing two police officials.

Continue FREE with Ads Pay Rs. 1 to Read Without Ads
READ MORE IN:
International
Next Story : Suicide Blast, Attacks in Baghdad and Around Kills 27
Download the Outlook ​Magazines App. Six magazines, wherever you go! Play Store and App Store