Mary Kom to be Brand Ambassador of Northeast 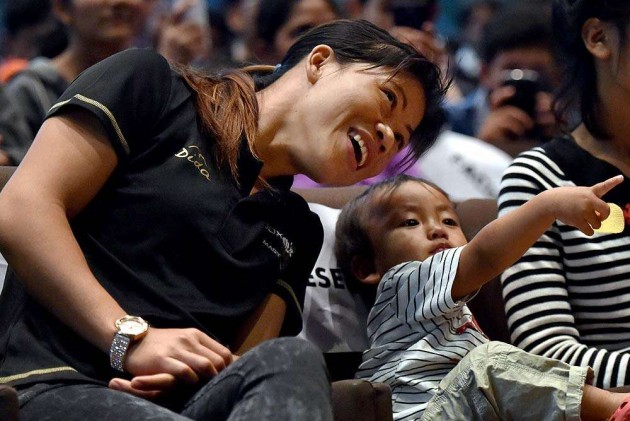 Print
A
A
A
increase text size
Outlook March 14, 2015 15:46 IST Mary Kom to be Brand Ambassador of Northeast

Olympic medal winning boxer MC Mary Kom is being appointed as the brand ambassador of the Northeast to showcase the potential of the region which offers Rs 2.4 trillion business opportunities across various sectors.

An official announcement in this regard would me made soon, Minister of State in the Ministry of Development of North East Region (DoNER) Jitendra Singh said.

"We are going to have a brand ambassador for Northeast. So, after a lot of deliberations we have zeroed in on the name of MC Mary Kom as the brand ambassador. We will make a formal announcement in a couple of days from now when she is in Delhi," Singh said while addressing the 10th North East Business Summit here.

The two-day Summit "Development through partnership with ASEAN and BIMSTEC Countries" was organised by the Indian Chamber of Commerce here.

Hailing from Manipur, one of the eight Northeastern state Mary Kom is a five-time World Amateur Boxing champion, and the only woman boxer to have won a medal in each one of the six world championships.

Singh said he wanted to rope in a person to showcase the various aspects of the region including the cultural and business, "who is not only an icon locally but the one who is a source of inspiration for the youth of the Northeast region any where in the country or abroad."

Recalling several initiatives taken by the Modi government in recent past to bring the region in the national mainstream and to unlock its vast potential, Singh said his Minstry will hold a four-day Mega North East festival in Delhi next month showcase the region and its potential.

There are plenty of opportunities across several sectors in the manufacturing and services segments under both private and public-private partnership (PPP) mode, the report stated.