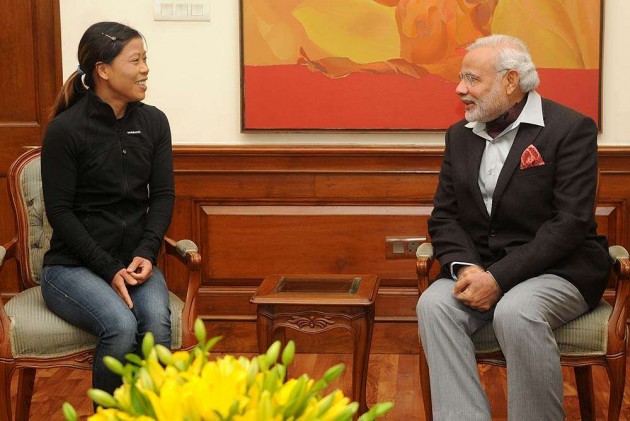 Mary Kom, the reigning Asian Games gold-medallist, called on Modi this morning and the Prime Minister later tweeted the pictures of the meeting.

"I sought an appointment yesterday and he was ready to meet me today itself which was a very nice gesture on his part," Mary Kom told PTI about the meeting.

"He has promised that he would try his level best to make it, so let's see. He came across as a very gracious host and I felt very good after meeting him."

The five-time world champion, who won a bronze medal at the London Olympics, said Modi was very warm while hearing her out and promised all help in future as well.

"He was very warm. He told me that I can approach him anytime if I need as I am like his daughter. He told me, being a daughter, I can come to his residence whenever I need. It was very nice to meet him," she said.