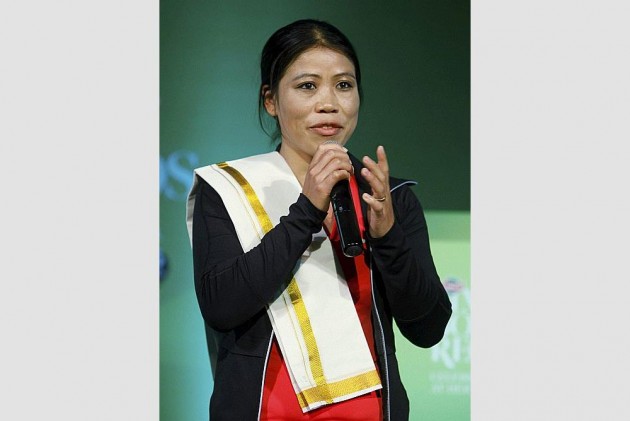 Olympic bronze-medallist boxer M C Mary Kom today offered her condolences to the families of the 18 Indian Army soldiers, who lost their lives in a terrorist attack in Manipur.

"My heartfelt condolence to the bereaved families of those brave jawaans who lost their lives during the ambush at Manipur. Let their sacrifices bring forth peace in this land. Let's stop killing each other," Mary Kom, a five-time world champion hailing from Manipur, said in a message posted on her facebook page.

In the worst such attack in two decades, insurgents on Thursday had ambushed a military convoy in Manipur's Chandel district killing at least 18 army personnel and injuring 11 others.

The probe into the killings is being probed by the National Investigation Agency (NIA).