'Mars Mission Shows Indifference to the Dignity of the Poor' 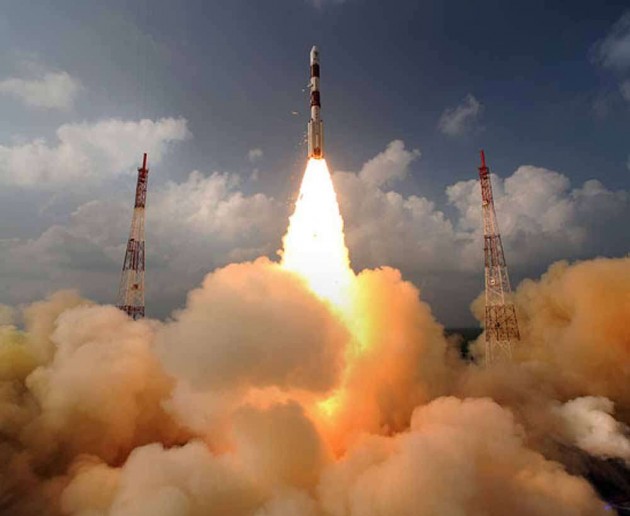 Print
A
A
A
increase text size
Outlook November 05, 2013 19:04 IST 'Mars Mission Shows Indifference to the Dignity of the Poor'

While the Mars mission got wide praise, there were voices which questioned the need for spending Rs 450-500 crore on it when the country is facing hunger and poverty.

Social activist Harsh Mander, former member of Sonia Gandhi-led National Advisory Council, termed the mission as a "remarkable indifference to the dignity" of the poor.

"I believe that in an India in which 230 million people sleep hungry each night, in which many million lack even basic health care, decent housing, clean water and sanitation, it reflects a remarkable indifference to the dignity of the poor to spend on a Mars Mission," he told `.

Mander was member of the NAC till last year and had convened working groups on the Food Security Bill and Land Acquisition.

The Mars Mission, which was hailed by the leaders, including President Pranab Mukherjee and Prime Minister Manmohan Singh, as a milestone, would cost somewhere between Rs 450-500 crore to the exchequer.

"With a minuscule methane sensor, even if you want to look at methane, it cannot be done. NASA has come out very publicly after a rove experiment that there is no trace of life on Mars. In spite of that, somebody making this kind of statement....They are fooling the nation. There is a limit to fooling the people and fooling the nation", he said yesterday.

"It is not value for money... It is more disturbing that somebody is making a claim that they are going to find presence of life on Mars. This is really a moonshine," Nair said.

He, however, sought to tone down his criticism by saying, "From whatever we have seen through the channels, the mission took off well. All the initial stages of the rocket functioned as they said. Normally nothing should go wrong in this phase."

Training his guns at the expenses incurred on the mission, Development economist Jean Drèze reportedly termed the project as "part of the Indian elite’s delusional quest for superpower status".

India-born scientist with NASA Amitabha Ghosh has also made some critical remarks about the Mars Mission.

He has written in an article that ISRO's priority should have been development of GSLV (Geosynchronous Satellite Launch Vehicle) rather than this Mission.

"It will hardly be a novel accomplishment in the world of technology. ISRO need not recreate what has already been done," Ghosh wrote.

Senior scientist U R Rao countered the questions over the cost of the Mars Mission.

"Why are Indians shouting about Rs 450-500 crore spent on this? It certainly is the biggest day for India and can be proud of. Indians do not have difficulty in spending Rs 5000 crore in Diwali crackers in one day which don't get up more than 10 feet but for going all the way to Mars, just one-tenth of the cost, whey are they shouting," said Rao, Chairman of Governing Council of Physical Research Laboratory.

The 1350kg MOM spacecraft was launched by the Polar Satellite Launch Vehicle (PSLV-C25) from Sriharikota today. The satellite will carry out compact science experiments, totalling a mass of 15 kg — five instruments to study Martian surface, atmosphere and mineralogy.

Ghosh, chair of the Science Operations Working Group at NASA Mars Exploration Rover Mission, later told PTI that ISRO should have focused on building infrastructure capabilities before undertaking the mission.

He said ISRO should have focused on building "infrastructure capabilities" of which GSLV is a vital part.

"The GSLV project started in mid-90s, but the project is still not complete. Once you have a GSLV, which is much more powerful than a Polar Satellite Launch Vehicle (PSLV), you can launch astronauts and satellites in the space and this would no doubt help in projects like Mars Orbiter Mission and take you on a different platform," he said.

He also pointed out that agencies like NASA and European Space Agency (ESA) usually took 3-4 years to prepare for Mars Mission; and more importantly, these agencies had the experience of sending missions to Mars. But in case of MoM by ISRO the period to prepare for the mission was just 15 months.

"In such challenging and complicated projects, 15 months is too short a time considering the challenges that lie," Ghosh said.

He added that instead of MoM, India could have embarked on Chandrayaan 2 and finished the work it started with Chandrayaan 1 as a lot still needs to be done in that area.