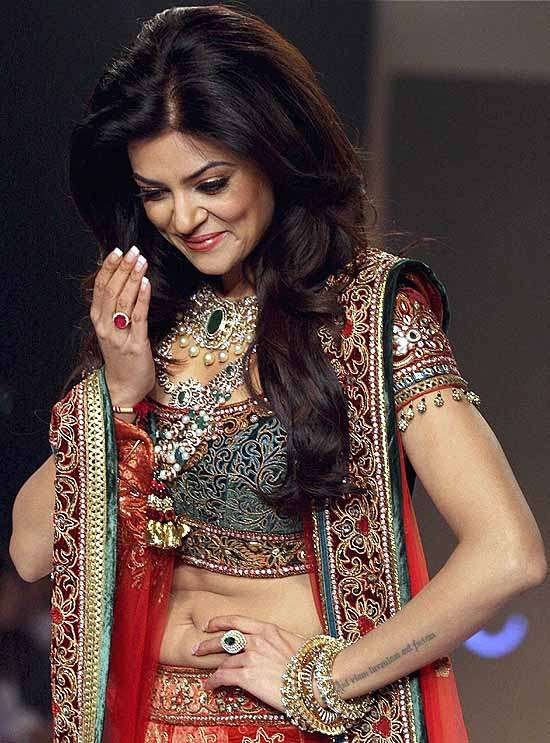 Bollywood actress Sushmita Sen, who completed two decades of having been crowned 'Miss Universe' recently, says marriage has not beckoned her yet.

The model turned actress, who has adopted two daughters --Renee and Alisah-- was speaking at an event to celebrate her 20 years of winning the beauty pageant with some cancer patients here.

"I think you save the best for the last. I don't think rules set by the society need to be followed by everyone, like getting educated by age of 18 years, marrying at 25 and becoming parent by 27. I don't believe in this," she said.

Sushmita, who made her Bollywood debut with Mahesh Bhatt's Dastak in 1996 said, "I think every person has a unique DNA and different choices. I will surely get married and whenever it will happen, it will be a beautiful and memorable day. But it will take its time."

The actress was linked to Vikram Bhatt and Randeep Hooda.

Sushmita, who became the first Indian woman to win the Miss Universe title in 1994, said she feels honoured to have represented India.

"We have 100 kids here from CPAA (Cancer Patients Aid Association). Prevention and early detection in cancer is needed and CPAA is doing that in several countries. I think we should help people celebrate their lives," she said.

The Association, working since 1967, provides medical aid to children suffering from cancer.