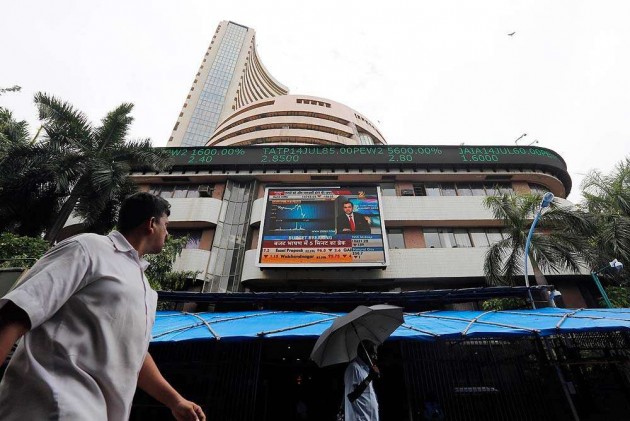 Both equity and currency markets staged a pull-back rally today with the benchmark Sensex bouncing back to regain the 26,000-mark after yesterday's record fall, while the rupee scored its biggest single day gain in seven months at 66.10 against the US dollar.

However, gold halted its two-week winning streak, largely in line with global trend, amid slowdown in buying by jewellers as demand receded at higher levels.

Trading sentiments got a boost after the government said it might reconvene the Monsoon Session to pass key reform bills, including GST.

The BSE Sensex started the session higher, hitting a high of 26,124.83, but succumbed to selling pressure as Chinese equities continued to slide and lost over 7 per cent.

The gauge had recorded its biggest-ever fall of 1.624.51 points in yesterday's trade.

Globally, a higher opening in European markets and most Asian markets ending mixed with China's Shanghai Composite tumbling 7.63 per cent amid continued slowdown in the world's second-largest economy, prompting the central bank to cut the reserve requirement ratio and key interest rates to halt the slide, influenced sentiments here.

In sync with local equities and heavy selling of greenback by exporters and banks, the rupee also regained its strength and appreciated by 55 paise -- its biggest single day gain in over seven months -- to close at 66.10 after hitting a high of 65.87 (intra-day) against the US dollar.

In the national capital, gold retreated from three-month high by falling Rs 215 to Rs 27,360 per 10 grams, snapping its two-week rising streak, due to fall in demand from jewellers at current levels amid a weak global trend and strengthening rupee.