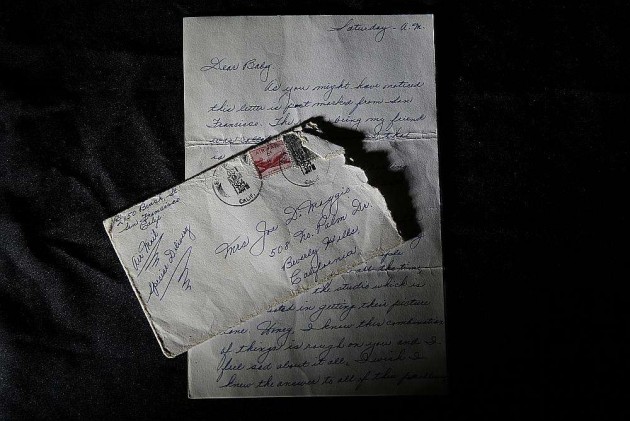 The memorabilia of Marilyn Monroe fetched big money at an auction held by Julien's Auctions in Beverly Hills over the weekend.

What appealed most to the bidders were the love letters, one of them was written by her ex-husband Joe DiMaggio, reported Ace Showbiz.

The Yankee great's letter to the screen siren sold more than USD 78,000 in the action.

Also among 'Marilyn Monroe's Lost Archives' was a handwritten letter that Monroe wrote for playwright and later husband Arthur Miller. It fetched nearly USD 44,000 to undisclosed buyer. These letters were willed to Monroe's mentor the legendary acting coach Lee Strasberg after her death at the age of 36.

The auction house also sold about 200 other items once belonging to the movie star. Her silk overcoat was sold for USD 175,000 while her famous black-beaded necklace was sold for USD 37,500. Her brassiere went for USD 20,000.

Continue FREE with Ads Pay Rs. 1 to Read Without Ads
READ MORE IN:
Arts & Entertainment
Next Story : Will Not Quit If AAP Returns to Power in Delhi: Kejriwal
Download the Outlook ​Magazines App. Six magazines, wherever you go! Play Store and App Store