Maradona On the Treadmill, Getting Ready For Christmas 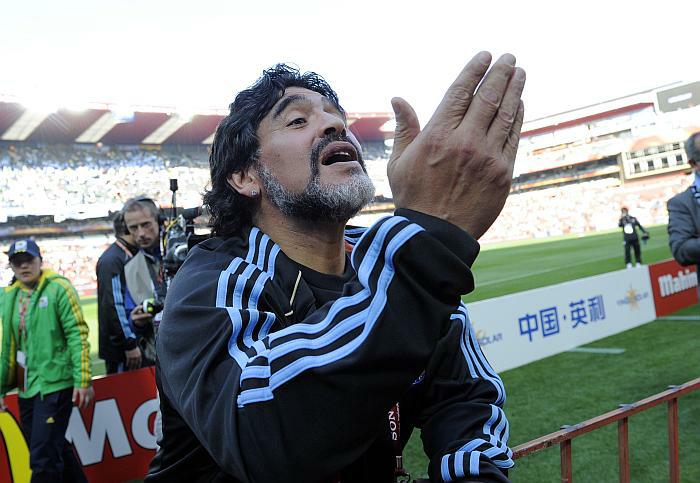 Print
A
A
A
increase text size
Outlook December 15, 2016 09:57 IST Maradona On the Treadmill, Getting Ready For Christmas

So  Christmas is not just about plum cakes, puddings, Christmas trees and lights. It involves a bit of work out too! The 56 year old Argentinean football legend Diego Maradona personifies it. Have a look at the video:

Maradona  on the treadmill in his Dubai home, casually grooving to the song ‘Perra’.  His blue jacket and orange shoes add to the mood of the video. He had just finished a 12km run when he did a two and a half minute dance. ‘Training for these holidays’ says the caption of his video which he put out on social media.

Maradona, whose career stint of nearly  two decades mesmerized football fans across the world, is trying to keep fit and healthy ahead of the year end festive season.